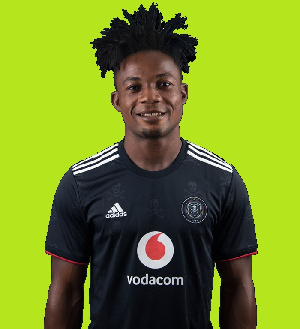 On Sunday, the former King Faisal striker was in action for his Orlando Pirates squad, who defeated Royal Leopards 6-2 in the CAF Confederations Cup.

The Ghanaian striker scored on the stroke of halftime and shone throughout the match, which was played away.

Kwame Peprah received an 8.1 rating for his amazing performance on the day, making him the top player among the numerous Ghanaians who play for their various clubs overseas between February 25 and 27.