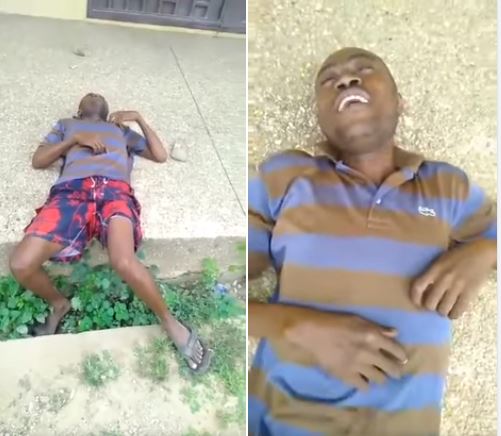 The father of veteran music producer Sugar Tone, Mr. Okyeame Kwame Bediako has disclosed without mincing words that the late Daasebre Gyamenah was the one who introduced his son to weed smoking.

Moreover, he said beyond the weed, he has the strongest conviction there’s was a spiritual force that’s fighting the fortunes of his son which has reduced him to this state of nothingness.

He shared this new revelation during a fresh interview on Koforidua based radio station ABEN 94.9 on their entertainment show.

“My former wife was staying with Sugar Tone and she confirmed seeing Daasebre Gyamenah on several occasions forcing his son to smoke weed,” he said.

His comment comes after Sugar Tone was captured in a viral video looking broke and intoxicated while lying down helplessly by the street.