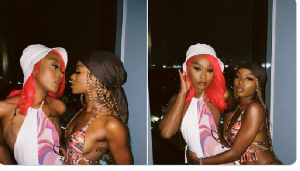 • Her comments have since drawn criticisms from social media

In what seems to be a comeback post after a long break from social media, Efia Odo seems to have waded in the ongoing controversies surrounding the passage of the anti-LGBTQ+ bill in the country.

With a message and the picture attached, many have suggested that she is in support of the many celebrities who have thrown their weights behind the legalization of homosexuality in the country.

In her post, Efia Odo is seen with an unknown lady in a very sexually suggestive pose on social media.

In that particular photo, she leaned in as though she was about kissing the lady, with their lips only inches away from each other, as smoke emerged from their mouths.

“Mano ka Wano Na wunsa so mi hips”, which translates to “My lips should touch your lips, and your hands should hold my hips,” she captioned her post.

Although she hasn’t clearly declared her support for the LGBTQ+ movement, her caption drew the attention of some individuals on social media, with many lambasting her for such a post.

One can recall that a few months ago, the popular socialite took a break from social media to focus on her mental health.

According to the communique she published on social media, her active participation in the #FixtTheCountry campaign had affected her psychological wellbeing for which reason she announced the break. 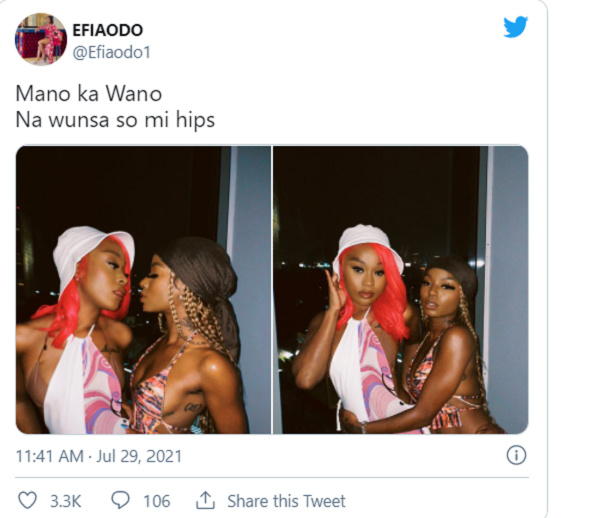