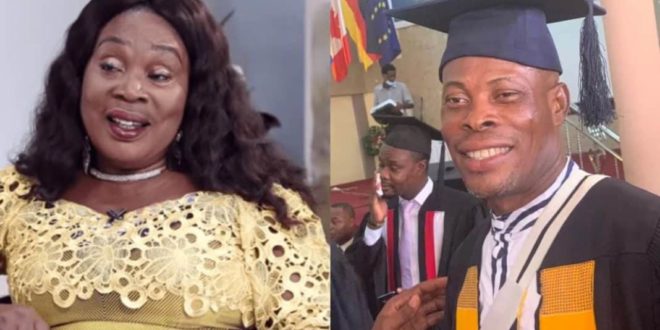 Veteran actress Maame Dokono has narrated how the hospital actor Waaakye was admitted to contributed largely to his death.

She claims that Waakye was sent to Ridge Hospital but was later transferred to the 37 Military Hospital owing to a lack of available hospital beds and that was the cause of his death.

They all attended a coworker’s 70th birthday party a week ago, and Maame Dokono also disclosed that he appeared to be in good condition.

Due to his widespread popularity in the nation, she continued, he would be greatly missed and his departure will be felt by both the young and the old.

“He was treated on a stretcher at the 37 Military Hospital because there were also no hospital beds available. He passed away before they returned with the tools to care for him,” she sobbed.

“He does everything for us, therefore we shall miss him. Indeed, we have lost a fantastic person, she declared.

Actor Prince Yawson aka Waakye died between the hours of 1:00 pm and 2:00 pm Tuesday afternoon after being rushed to the 37 Military Hospital the previous night.

Maame Dokono believes his death could have been prevented if they were available beds at the hospital where he was sent.