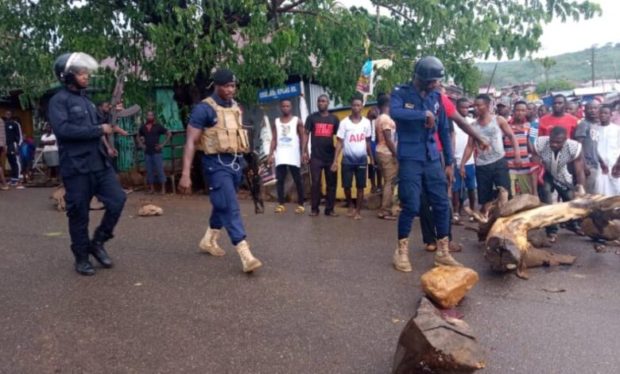 The police has arrested three suspects in connection with a clash between two youth groups at Mamponteng in the Kwabre East Municipality of the Ashanti Region.

This was disclosed by the police on Wednesday, 29 December 2021, following an emergency Security Council meeting.

“Currently, three of them are in custody and assisting [with] investigations while the victims have also been visited at the hospital and responding to treatment,” Tafo-Pankrono Divisional Police Commander, Chief Superintendent, Stephen Kwesi Kwakye said.

The police is, however, still on a manhunt for the other suspects involved in the clash.

Meanwhile, the Ashanti regional police command has intensified patrols and visibility at Mamponteng and its environs.

According to the command, this is to “avert any possible community-related violence,” following a clash between two youth groups in the area.

The command has further launched investigations into the case with regard to the “offensive conduct” involving the two youth groups.

“The command is in contact with the chief of Mamponteng, opinion leaders as well as Assembly members for the Abenanse and Mamponteng Bronum electoral areas to assist the Police to help keep the peace and security as investigations are ongoing,” a statement issued by the police on Wednesday, 29 December 2021 said.

Scores of people were injured on Tuesday, 28 December 2021 in a clash between two feuding groups in the community.

Several properties were also destroyed in the process.

The clash started on Friday, 24 December 2021, when a member of the Zongo group was attacked and robbed of his phone.

It degenerated on Monday, 27 December 2021, when the Zongos also attacked the Asante rival group, leading to the destruction of properties.

The feud resurfaced on Tuesday when the groups clashed.