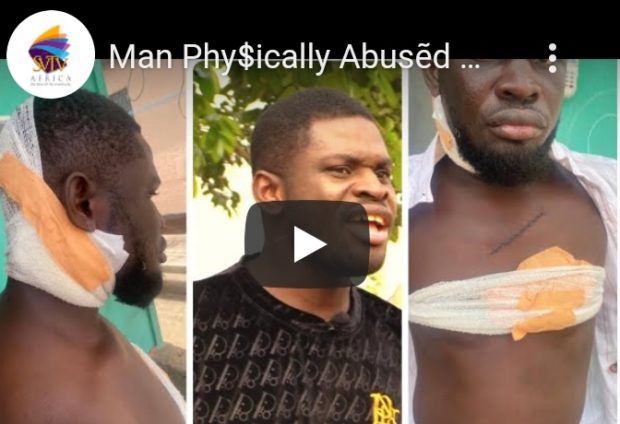 Man physically abused by young boys who claim he is gay

A young man based in Tema, Perry Ato Inkoom, has been physically abused by a group of friends who called him gay.

Perry explained on SVTV Africa that the incident occurred on December 19 at Site 14 in Tema community 1 in the evening after visiting a friend.

“I went to MC a children’s party and a daughter of a friend attended the party too. So a friend and I went to her house to find out of she arrived home safely.”

“On our way back, we met a group of friends who started calling us names like ‘batty boy’ (means gay), etc. My friend recognized one of the boys and mentioned his name then they started beating us,” he revealed.

According to Perry, he could not remember much of what happened however, his friend informed him that they cut him severally and ran to a house nearby for shelter.

“The only thing I remember was being at the Tema General Hospital the next day. But we had been to the Community 1 police station for a statement form,” he said.

Perry further stated that even though his friend recognized one of the boys as ‘Terror’, the police have still not been able to make an arrest. He also added that he found out that the boy who cut him (Kudah) was recently also stabbed to death by a friend over drugs.