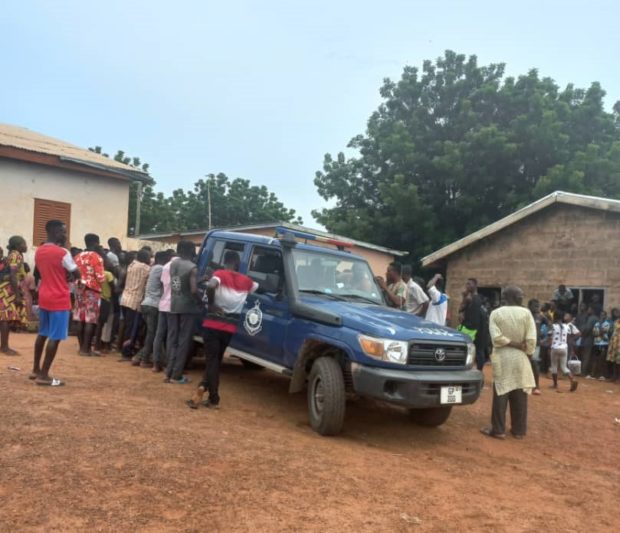 A woman who allegedly hacked her husband to death is on the run. Mankessim Police have since visited the scene of the incident and have launched investigations.

A Joy FM report of Monday, December 14, 2021, said residents of a suburb of Mankessim have also joined the search for the unnamed woman.

She is alleged to murdered her 55-year-old husband following a marital disagreement.

Reports indicate that their disagreement was tied to who takes responsibility for their young son since they are divorced.

The victim known as Agya Atta was a trunk-repairer who according to his apprentice had spoken on phone to his former wife before heading home to meet her.

After a while, Kojo Essel, went to the house to check on his boss and found him hacked to death lying in a pool of blood in his room.