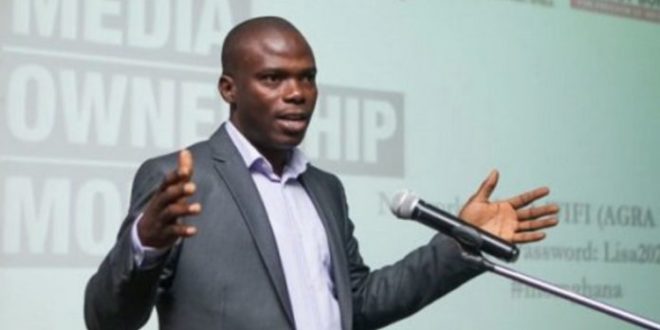 The Media Foundation for West Africa (MFWA) has filed a lawsuit against the National Communications Authority (NCA) at an Accra High Court.

The Media Foundation filed its petition on the basis that the NCA failed to provide the list of all FM radio stations (indicating name of company, name of radio station, location, and frequency number) that it had shut down following the Authority’s 2017 FM spectrum audit.

According to the MFWA, it is enforcing its rights to information under Article 21(1) (f) of the constitution by compelling the Respondent, which is the NCA to provide the information requested.

The Executive Director of MFWA, Sulemana Braimah, on July 22, 2020, submitted an access to information request to the NCA to have a full list of all authorised FM stations as of the second quarter of 2020, with indications of the dates of first authorisation, dates of last authorisation renewals, locations, and operational status of the radio stations – that is whether they are on air or off-air.

The MFWA’s request follows allegations that the NCA altered certain information from its published 2020 second-quarter report titled: ‘List of Authorised VHF-FM Radio Stations in Ghana as at Second Quarter 2020.’

Claim by the MFWA is that the 2020 second-quarter report in the above paragraph is dissimilar to similar reports previously issued by the Authority.

After the NCA failed to provide the requested information within the statutory 14 days, a follow-up letter was sent on August 18, 2020.

Finally, when the NCA responded in two letters, according to the Media Foundation, the Authority indicated it wasn’t going to provide the information requested and also, the MFWA would have to pay ¢2,000 ($345) to enable it to generate the requested information as stipulated in the Electronic Communications Act.

This has resulted in the MFWA praying to the Human Rights Court 1 to seek redress on the matter.

The MFWA averred in the suit that the NCA had acted “unconscionably, unjustifiably, unreasonably, unfairly and arbitrarily and in breach of specific provisions of Act 989 complained about in the suit.”

Consequently, the MFWA is praying the court for the following reliefs:

Meanwhile, the first hearing of the case, which was scheduled for Monday, March 15, has been adjourned to March 31, 2021.