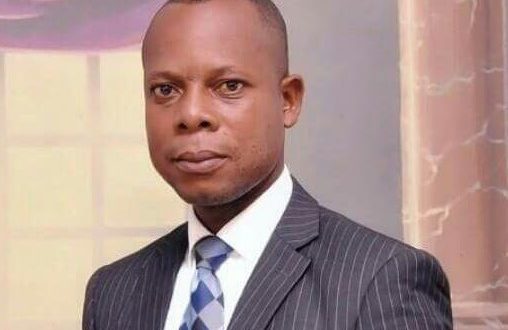 The Executive Director of Ghana Institute of Governance and Security (GIGS) Mr. David Agbee says lawmakers on the majority side dismissing calls by the Minority for a colleague from Ewutu Senya East Constituency Madam Mavis Hawa Koomson to appear before parliament over her gun-toting behavior shows they do not qualify to represent Ghanaians.

“I listen to these people and I ask myself why these people are representing us in Parliament. What kind of group are they?  You think you are psychological being and you realize they don’t qualify to represent us in Parliament and that is why they are making such statements. Because they don’t know that gravity of what the women has actually done”. Mr. David Agbee told GBC’s radio in an interview monitored by MyNewsGH.com.

Mr. Agbee’s comment comes as response to the Majority in Parliament claiming that there is no need for the MP for Ewutu Senya must appear before the Privileges Committee in Parliament for questioning after she fired gunshots at registration centre in her constituency.

Madam Hawa Koomson who doubles as the Minister of Special Development Initiative has admitted firing gunshots at registration centres in Kasoa in the Central Region.

This claim by the minister has been challenged by some individuals who believe she is only covering up for thugs she transported to the place..

The  First Deputy Majority Chief Whip Hon. Mathew Nyindam speaking on the issue, said, “for all you know, she [Hawa Koomson] has good reasons to do what she has done.”

Mr.  Nyindam described calls for Hawa Koomson to be hauled to Privileges Committee by the Minority is simply just an opinion.

According to Mr. Nyindam, there is no need for her to be hauled before the Privileges Committee and that the police should be left to investigate the matter.

But speaking to the nation’s broadcaster Mr. Abgee who was furious, stressed that it is sad to have people like the NPP MPs in Parliament who do not understand the difference between security and politics.

“The kind of people we have in Parliament, it’s sad, their conduct and behaviour tell you clearly that most of them do not understand what security and politics is about”, he said.

According to him, after listening to some of the NPP MPs he has realised that they just say things anyhow.

Previous You can’t be speaking only big grammar, talk about the economy too- Gyampo to Naana Opoku-Agyemang
Next Election 2020: I won’t contest – Nduom