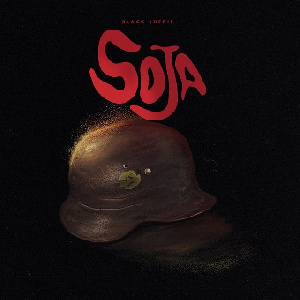 My ‘Soja’ song was initially thrown into the bin – Black Sherif

Ghanaian rapper Black Sherif has revealed his latest song was initially taken off his hugely anticipated upcoming album titled ‘The Villain I Never Was’.

He made this disclosure to 3Music executives during a private meeting organised to display some of his unreleased songs.

Footage of the meeting which, according to 3Music affiliate Eric Toscar, took place almost a month ago has been cited by Class News’ Prince Benjamin.

“Do you know how come this song got released? When we put the album together, we took this song out. We took it out. This song was not part,” Sherif told Baba Sadiq Abdulai Abu, founder of 3Music Networks.

“I told him I found myself unable to listen to any other song apart from this particular one after recording it,” he went on.

The singer-songwriter sought to impress on the individual how dear the song was but it did not work at the time.

When this happened, Blacko, as he is affectionately referred to, recalls, “I was not upset.”

“However, we were there one day when he came back to say we need to release this song next,” he added.

Curious, the ‘Kwaku the Traveller’ hitmaker queried the unidentified figure, possibly Sherif’s record label A&R (Artiste and Repertoire executive), about the reason for the U-turn.

It turns out he had given the song another listen.

To Black Sherif, this confirmed how right he was about the song being special.

“When I wrote this song, where I was mentally, it was imperative to write this song,” he pensively recollected.

“It’s been five months since I [last] wrote a Drill song,” he indicated adding he recently has been “creating reggae songs” among others.