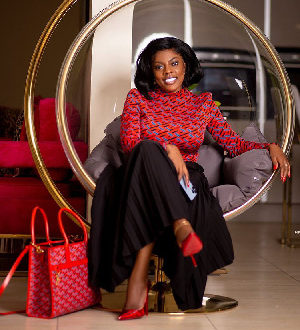 The GHONE TV General Manager while partaking in Asaase Radio’s OnDaSpot show was asked to name her favorite players in the current Black Stars team.

“My favorite Black Stars players? apart from Thomas Partey, Dede Ayew and I like Alexander Djiku,” she said.

The Black Stars are currently in camp preparing for the 2023 Africa Cup of Nations qualifiers against Madagascar and the Central Africa Republic.

The team after the two AFCON qualifying games will jet off to Asia for the four-nation tournament which features Ghana, Chile, Japan, and Tunisian as part of the preparations for the 2022 FIFA World Cup in Qatar.