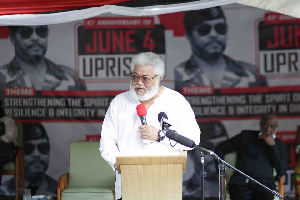 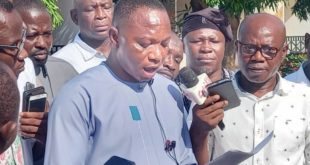 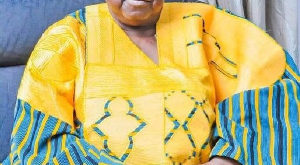 Founder of the National Democratic Congress (NDC), Jerry John Rawlings has cautioned the party to honor the foundation and authority on which the NDC was built or risk collapse.

In reaction to Professor Kwamena Ahwoi’s book, “Working With Rawlings” which recounted the bad working relationship he had with the former president, Rawlings expressed displeasure in the content of the book and stated that Prof Ahwoi is desperate to control the party.

“Much as I find it tiring and tedious to be engaging in self-defense when I have given my all, all these years, I will soon deal with the callous agenda of bile by the likes of Kwamena Ahwoi, who are desperately seeking control of the NDC party”, he noted in a statement.

He emphasized that “the NDC could, should and has survived on the authority of the word but if care is not taken, it will collapse and drown as has been happening, on the word of those in authority”.

Previous Sorcerer who masterminded lynching of old woman to be arraigned today
Next Beirut blast: Lebanon in mourning after massive explosion