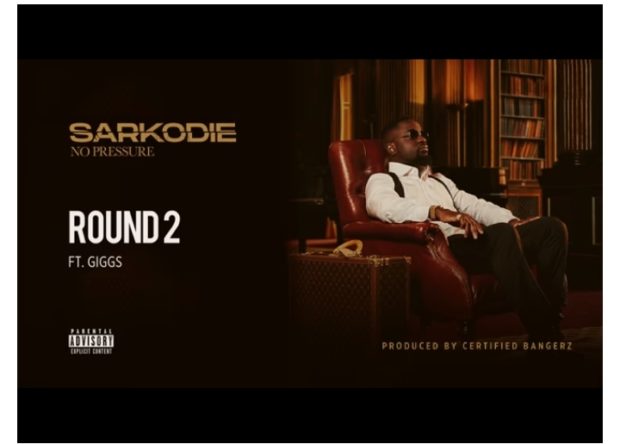 • He has prophecied over the life of the rapper

General Overseer of the Prophet Hill Chapel, Prophet Nigel Gaisie cannot hide his joy after discovering that Sarkodie mentioned his name in one of the songs on his ‘No pressure’ album.

In one of Sarkodie‘s songs on the recently released album titled ‘Round 2′ the rapper was heard saying “I have predicted my life, I am more than Nigel Gaisie’

This particular line has excited Prophet Nigel Gaisie so much that he has taken to Facebook to prophesy into the life of the Sarkcess Music boss.

He prophecied that Sarkodie will break boundaries and win more international awards for Ghana.

Nigel Gaisie disclosed that he has been a fan of Sarkodie since his days as an underground rapper on Adom FM’s ‘Kasahere Movement’ show.

“Sarkodie, in your song, you say u Dey prophecy pass me. eii bros never know say you fii’ Prophecy oo. Anyway, I Dey pray give you waaa so say, one day you go be anointed Prophet! You go Prophecy positive for your industry inside and bring more people give YESU. Thanks for the mention, KING. God bless your hustle and new drop.*NO PRESSURE*You are one of the few best in our time…I love your consistency, I use to listen to you wey back for ADOM FM…..I BLESS YOUR NEW ALBUM *I DEY PROPHECY SAY E’GO WIN INTERNATIONAL AWARDS!!!AGAIN, THANKS FOR MENTIONING MY NAME FOR THE SONG INSIDE..*ONE LOVE,KINGSARK*….When the best rapper mentions the name of the finest prophet in his latest song**PNG,” he wrote on July 31, 2021.

The ‘No Pressure’ album is stacked with 15 songs including a feature with popular American rapper, Wale.

The album since its release has gained massive support from a wide section of Ghanaians including two of his greatest showbiz contenders, Shatta Wale and Stonebwoy. 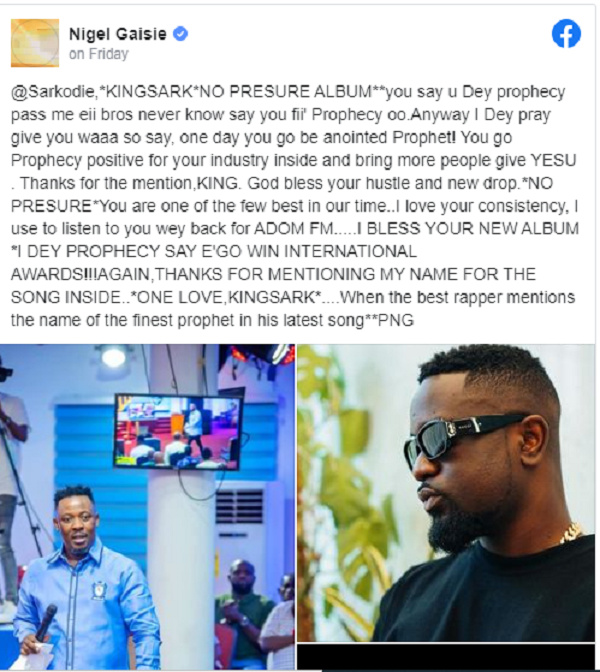 Previous 5 intimate party ideas for you and yours
Next VIDEO: Drone delivers rings at wedding of Funny Face’s ex-wife