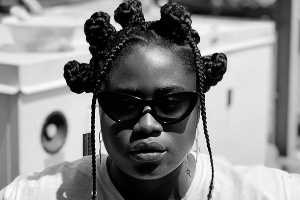 No susu for hospitals, killer roads but for Cathedral ‘they wanted’ – Lydia Forson jabs

• Actress Lydia Forson believes such a call is misplaced

• She believes such initiatives, even where necessary, should go towards building hospitals, schools or fixing roads

Actress Lydia Forson has reacted to the appeal by government that Ghanaians contribute financially towards the building of a National Cathedral in the capital Accra.

Finance Minister, Ken Ofori-Atta, on Thursday appealed to Ghanaians to help the government with fundraising eforts to help with the building of the proposed National Cathedral.

He said, government had acquired a short code to which citizens can donate GH¢100 each month towards the project.

But for Forson, it is worrying that the government will seek public support for such a project when it has yet to do so for hospital, for killer roads and for children studying under trees.

“Did I just hear that our government wants us to do susu for a cathedral THEY wanted and not us??!!

“Not susu for hospitals oh

“Not susu for students learning under trees oh

The post has attracted 80 retweets and 393 likes at the time of filing this report with most comments slamming the government for lacking in the area of priority.

Did I just hear that our government wants us to do susu for a cathedral THEY wanted and not us??!!

Not susu for hospitals oh

Not susu for students learning under trees oh

SUSU FOR A CATHERAL!!

What Ofori-Atta said about the Cathedral in Parliament

Making the appeal during his Mid-Year Budget Review reading on July 29, 2021, Ofori-Atta said on the floor of Parliament that the objective of the fund-raiser is to get about a million Ghanaians contributing towards the construction.The initiative, according to the Finance Minister has been dubbed “Ketoa Biaa Nsua” which translates into “no amount is too small.”

“A special shortcode 979 has been developed for this purpose as we look forward to Mr speaker and all the members of this august house to join in the GH¢100/a month.”