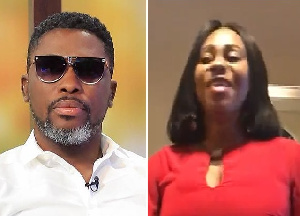 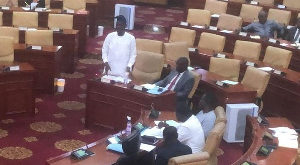 Kwame A Plus, showbiz personality and political activist has suggested that Dome-Kwabenya Member of Parliament Sarah Adwoa Safo had become a Tik Tok influencer having abandoned her legislative and ministerial posts.

In a Facebook post on February 16, 2022; he keyed into talk that the lawmaker was aggrieved by her failure to secure a slot in the New Patriotic Party’s leadership bench in Parliament.

A Plus also mocked NPP activists who he said were exhibiting an obsession for him, albeit for the wrong reasons.

“Kwame A Plus is angry because he was looking for something from the government but he didn’t get it. He is a traitor,” he wrote of claims being made by the activists.

He continued: “But the same people are quiet on somebody who has been given a whole gender ministry but is angry that she was not made second deputy majority leader so she has abandoned the ministry and is now a Tic Tok influencer.”

Adwoa Safo has become talk of time in recent past with two NPP MPs suggesting that her continued absence from Parliament was adversely affecting government business because of the hung nature of the lawmaking chamber.

In an interview earlier this month on Okay FM monitored by GhanaWeb, Michael Okyere Baafi, the New Juaben South MP said Adwoa Safo had clearly been attempting to use her seat as a bargaining chip and in essence has been working to sabotage the government.

“136 of us; the NPP MPs go to Parliament except for one person, Adwoa Safo. When you ask the leaders they refuse to give straight answers. We don’t know where Adwoa Safo is. She doesn’t come to parliament and it’s worrying . . .

“Clearly her behaviour shows she wants to sabotage NPP; I’m speaking on authority. She is to be blamed for all our problems. If you’re sick, you don’t have to blackmail the party. We need to call a spade a spade,” he fumed.

Watch some Tik Tok posts by the MP

Previous Hearts vs. Kotoko clash: Clearance given for stadium to be filled to capacity
Next You are not ‘headmaster of journalism’ – ASEPA boss to ‘ungrateful’ Manasseh