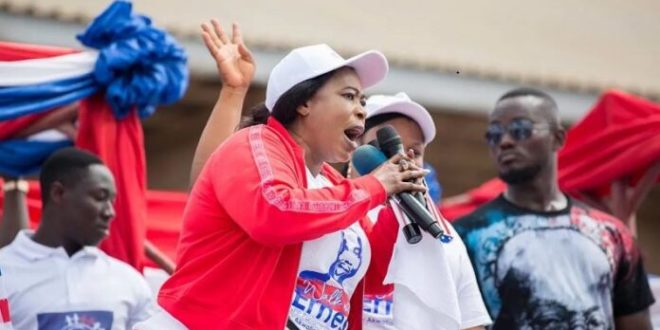 The incumbent National Women’s Organizer of the governing New Patriotic Party(NPP) Kate Gyamfuah has been re-elected after she won a landslide victory.

Her victory comes as no surprise to many political watchers as she’s very popular among the women organizers of the party across the country.

Kate Gyamfuah gets to lead the women’s wing of the party for another four-year term as the party is poised to break the ‘8’ years rule cycle by the two leading political parties – New Patriotic Party(NPP) and National Democratic Congress(NDC).

Previous NPP Delegates Conference: Adwoa Safo speaks from the US
Next 7 Major Causes Of Hair Loss At A Young Age