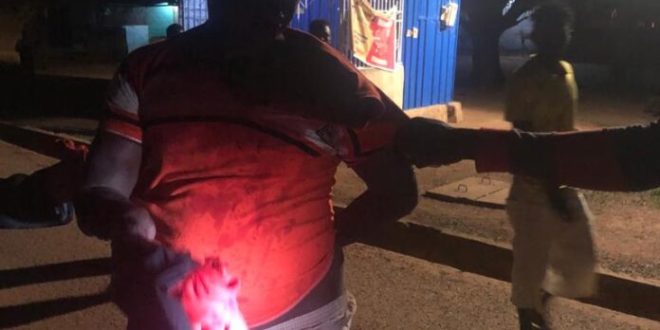 The Sissala West Constituency Nasara Coordinator of the New Patriotic Party (NPP) in the Upper West region, Musah Walaika Iddrisu, has been inflicted with machete wounds which has left him battling for his life at the Upper West Regional hospital.

Sources say he was allegedly assaulted by thugs within the Constituency.

According to reports, the Nasara Coordinator was assaulted on the night of Easter Monday in Gwollu.

A picture sighted by Starr News saw the victim lying helplessly with blood all over his body.

Mr. Walaika Iddrisu is currently on admission at the Upper West Regional Hospital as Police in the area commence investigations into the matter.

The Easter Monday’s night attack on Mr. Walaika was the second time since he has suffered such attacks.

The victim has been the Nasara Coordinator for the Constituency since 2009 currently seeking re-election in the upcoming Constituency Executive Elections of the party.