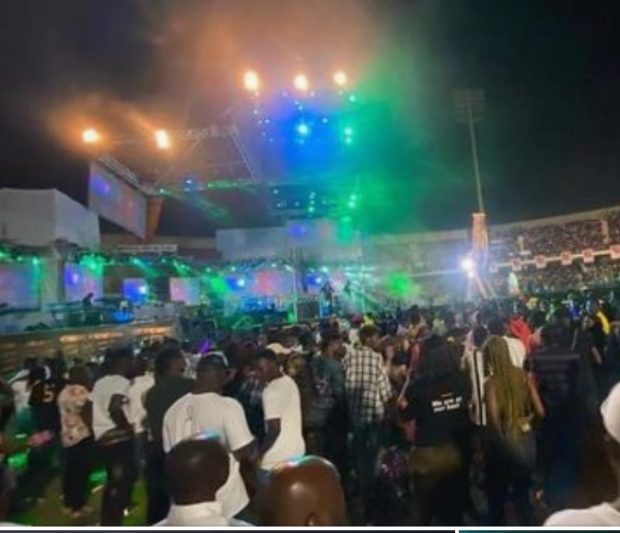 National Sports Authority(NSA) has been exposed after the pitch side of Accra Sports Stadium was used for the GT Bank musical concert contrary to an earlier communication.

NSA spokesperson, Charles Amofa, had told GhanaWeb that behind the goalpost will be used for the concert but viral pictures from the event that occurred last Friday, December 17 tell a different story.

Ahead of the match, Amofa when asked about whether or not the pitchside will be affected by the concert said:

He told GhanaWeb that the Ghana Tourism Authority did the negotiations and settled on 10,000 attendance.

However, the big concert was held on the pitch.

The NSA rented out the Accra Sports Stadium for a musical concert after informing sporting disciplines that the stadium has been closed for pitch maintenance.

Why stay in the GPL a pauper, when playing in Tunisia can change your life – Charles Taylor