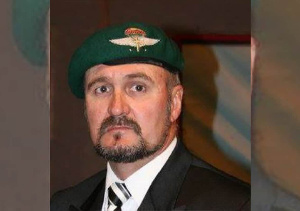 A pastor who allegedly plotted to overthrow the South African government and also kill thousands of the country’s Black population was on Monday convicted. According to The Associated Press, a South African court found Harry Johannes Knoesen guilty of high treason, incitement to carry out violent attacks, and recruiting people to commit attacks.

Prosecutors said the 61-year-old leader of the National Christian Resistance Movement and his group considered killing Black South Africans by infecting them with a biological weapon. One of the methods they explored included putting poison inside reservoirs that supplied water to Black communities, prosecutors added.

The court also found Knoesen guilty of unlawful possession of firearms. Investigators found weapons in his possession at the time of his arrest. South African police and intelligence thwarted the group in 2019. Some leaders of the group were also arrested, and the organization’s cells in multiple locations across the country have since been immobilized.

Jailed members of Knoesen’s group took the stand to provide evidence for his eventual conviction. The members are serving time for similar offenses.

Prosecutors claimed that Knoesen’s schemes were spurred by his “highly racial views”, adding that he wanted to use his religion as a basis for his actions. Prosecutors also said Knoesen claimed he had been ordained to “reclaim South Africa for white people”, per The Associated Press.

“To further this end, he planned to attack government institutions and more specifically police and military institutions,” a spokeswoman for the National Prosecuting Authority, Monica Nyuswa, told the news outlet.

The convicted pastor allegedly used Facebook to encourage people to commit acts of violence against Black people. He also allegedly used the social media platform to get people who had served in the South African military to join his group and execute the attacks.

Knoesen also reportedly took the stand and admitted to taking to Facebook to share “recipes” on how to make explosives. This isn’t the first incident of such nature to be foiled by South African authorities.

A South African court in 2013 convicted 20 members of the right-wing White supremacy group, Boeremag, after their plans to overthrow the government and kill the country’s first Black President Nelson Mandela, were foiled.

The trial, which took 10 years, was one of the longest trials in South Africa’s history, The Associated Press reported. Their sentences ranged from five to 35 years.

And just like Knoesen’s, the group wasn’t in favor of South Africa transitioning to democracy after ending apartheid. Proceedings for Knoesen’s sentencing will start on June 10.