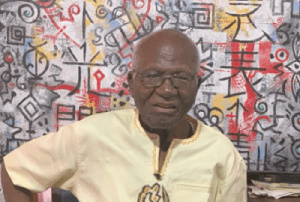 According to him, the practice of having to pay brides before one gets the opportunity to serve in security agencies is a “national disease”, asaaseradio.com reports.

Edmond Kudowor, further stated that the act of paying money before one gets recruited has contributed to the indiscipline in the security agencies being witnessed today.

“I think that it (paying bribes) is a national disease in the recruitment for work. It has become so bad; police, military, prisons, immigration everywhere you go people pay money to get into the army, the police and so on.

“… during our time, it was a war situation so there was nothing like paying money into the army. If we can avoid this bribery thing, then most of our problems would be solved,” the World War II veteran is quoted.

Many Ghanaians have called for a review of the recruitment processes of the various security agencies following the alleged involvement of some policemen in recent bullion van robbery attacks in the country.

Six police officers were arrested for their involvement in the bullion van robbery attacks.

However, two of them have been killed as they were leading a team of police to a hideout of a suspected robbery gang.