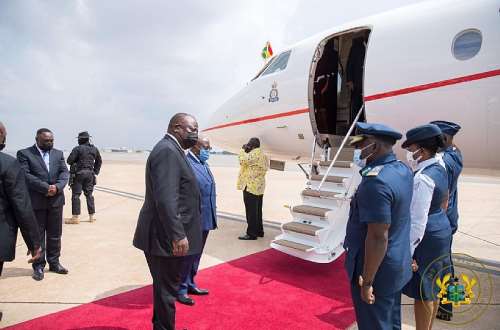 The President of the Republic of Ghana, H.E Nana Addo Dankwa Akufo-Addo on Saturday, December 4, 2021, welcomed the President of South Africa, H.E Excellency Cyril Ramaphosa to the Jubilee House.

The South African leader arrived in the country this weekend for a 2-day state visit.

READ ALSO:44 villages in Drobo State support the Anti-LGBTQI+ Bill, warns MP not to vote against it

Modernghana News can report that the visit by H.E Cyril Ramaphosa is aimed at deepening the bilateral cooperation friendship between Ghana and South Africa. 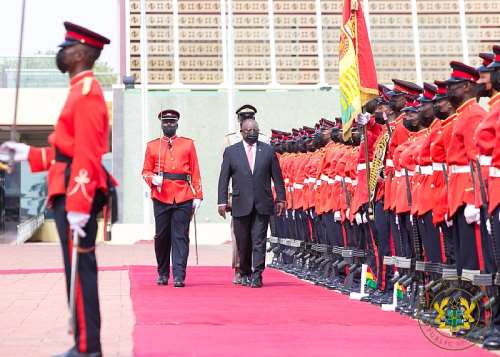 The two African leaders exchanged pleasantries and reinforced the resolve of both countries to deepen relations.

President Akufo-Addo and H.E Cyril Ramaphosa later in the day travelled to Kumasi in the Ashanti Region to participate in the 50th-anniversary celebration of the enstoolment of Nana Otuo Siriboe II, Omanhene of the Juaben Traditional area. 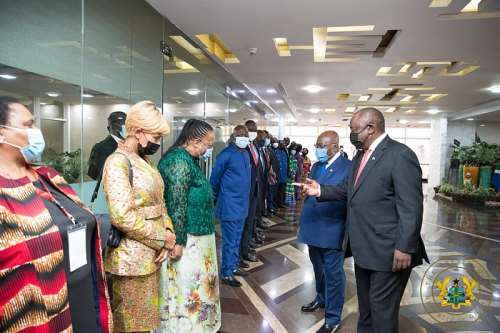 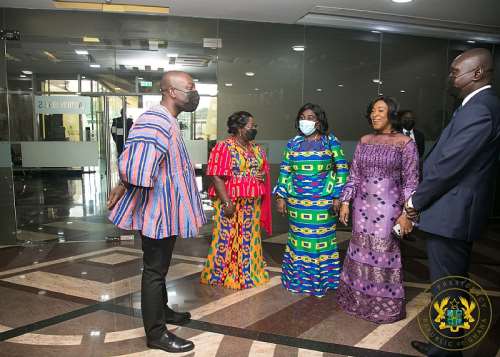