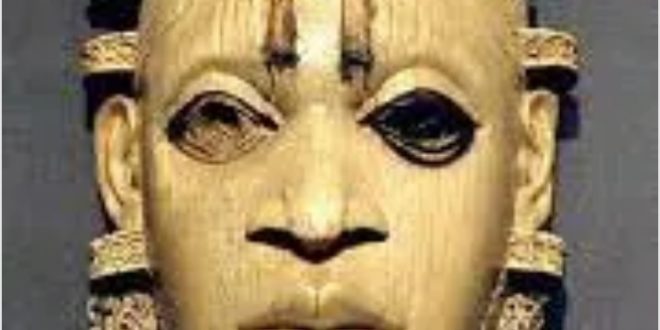 Throughout history, many conquerors or colonizers have taken treasures back to their homelands as part of their expansions.

Sometimes it was done to fund their wars, other times these items were just considered novelties.

Regrettably, many of these objects were lost or ruined for example thousands of mummies were unwrapped for entertainment at parties in 19th century England.

But other items found their way from one owner to the next until landing in a museum. Though acquired through questionable methods these cultural treasures remain on display in foreign lands hundreds and thousands of years after their thefts. Join me today as I bring you 10 items stolen from Africa by Britain.

The Benin Bronzes which are actually made of brass from the kingdom of Benin which is modern-day Nigeria proudly boasted bronze sculptures dating back to the 13th century.

However during the Benin expedition of 1987, the British stole most of them. More than 200 of these sculptures found a house in the British museum. They are a window into the African art of those times and it’s just unfair that the locals have to travel to London if they want to take a look at the sculptures

Made of granodiorite the Rosetta Stone has writing inscribed on it in three different Egyptian languages and dates back to 196 BC.

It was acquired from Egypt by Napoleon Bonaparte and from him by the British when they defeated the Frenchman’s army during the early 1800s.

The Akan Gold Weights locally known as Mrammu are weights made of brass used as a measuring system by the Akan people of West Africa, particularly for weight and fair trade arrangements with one another.

The status of a man increased significantly if he owned a complete set of weights. Complete small sets of weights were gifts to newly wedded men. This ensured that he would be able to enter the merchant trade respectably and successfully.

The Chiwara Mask is a ritual object representing an antelope used by the Bambara ethnic group in Mali.

The Chiwara initiation society uses Chiwara masks, as well as dances and rituals associated primarily with agriculture to teach young Bambara men social values as well as agricultural techniques which are now part of the British Museum’s collection.

One of four related Ivory pendant masks among the prized regalia of the Oba of Benin taken by the British during the Benin expedition of 1897.

They are not naturalistic portrayals but are intended as representations of the king’s spirit and as an encapsulation of the principle of kingship.

The statue of Sekhemka caused uproar in 2016 after leaving Britain to an unknown destination that later turned out to be America and according to British documents the British Museum of Northampton sold it to an unknown buyer in July 2014.

The museum sold the 4 500-year-old limestone statue at an auction for GBP 16 million allegedly to develop the museum. With the uproar that accompanied the sale of the statue and the Egyptian and British campaigns against its sale. The buyer decided not to reveal his or her identity or the place where the statue would be moved.

During the British expedition to Benin city of Edo in 1897 objects made of brass, ivory coral, and wood were looted by British soldiers from the Royal Palace its storerooms, and compounds.

Some of these objects were sold or exchanged on the coast however many were brought to the UK where they were sold through private auction.

The Horniman Museum’s collection of artifacts from the ancient Kingdom of Benin includes 12 brass plaques, ceremonial objects, and a key to the king’s Palace.

A British museum says it will return dozens of artifacts to the Nigerian government that was taken forcibly more than a century ago where the 12 brass plaques happen to be one of them.

Asante’s golden trophy head and swords are displayed in the Wallace collection. This spectacular piece of the Asante regalia looted by the British from Ghana has been described by facts as the largest gold work known for Ashanti or indeed from anywhere in Africa outside Egypt.

All these treasures are properties owned by African countries which were stolen by British soldiers during colonization and conflict and taken to Britain museums.