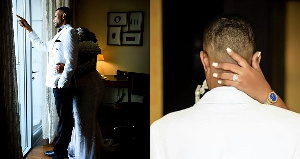 Celebrated broadcaster, Kofi Adomah Nwanwani, has revealed that he has been married to his wife for over 16 years but just decided to keep it private.

After finally disclosing his marital status, Kofi has failed to show the identity of his soulmate.

On February 14, which marked Valentines Day, he took to his Facebook page to celebrate his spouse whom he referred to as his “invisible pillar”.

“She made me understand the meaning of true Love. For more than 16yrs, you have proven that ‘soul mates’ exist. Moments with you are the only times I felt like my true self. Happy Vals day My World. I love you Mrs Miracle Adoma #WorldMrsAdomaDay.”

A separate post that captured the two love birds in a room had a caption that read: “Showing how far we have come. The invisible pillar of my life. God bless you.”

Many of his followers who were taken by surprise confessed that they never knew he was a married man with others demanding he shows the face of his wife.

Singer Dadie Opanka reacting to the photo that had Kofi shielding his mystery woman wrote: “Shift your head small make we see something.”

A Facebook user named NanaHemaa Konadu Acheampong added: “So when did u marry eii hide ur baby face is the new ish. We tired already.”

Ahead of this year’s Vals Day, a romantic Kofi Adomah penned down a heartfelt message to his partner, Mrs Miracle Adoma.

“In our darkest moments, we appreciate light. You have been my light. Happy Vals day in Advance to my Wife Mrs Miracle Adoma,” he wrote.

Meanwhile, radio and TV presenter, Afia Pokua aka Vim Lady has confirmed that his friend has indeed been married for years but kept his relationship private.

“People are shocked Kofi Adomah has been married for a long, long, very long time. Ahhhh you people paa. If you had plans ennier WATRIKI WO. I used to laugh at ladies when they gave their numbers to Kofi,” she disclosed. 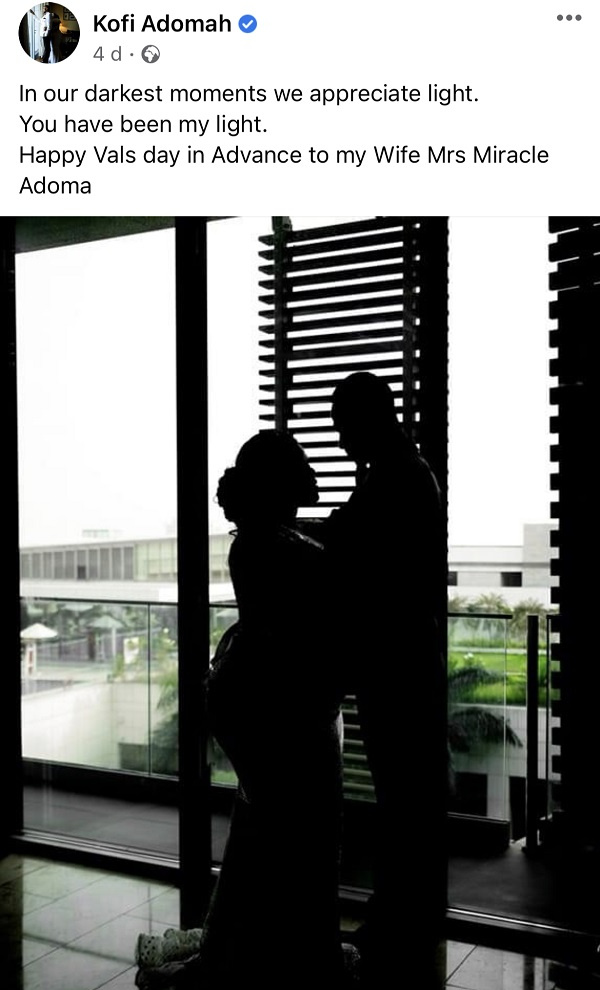 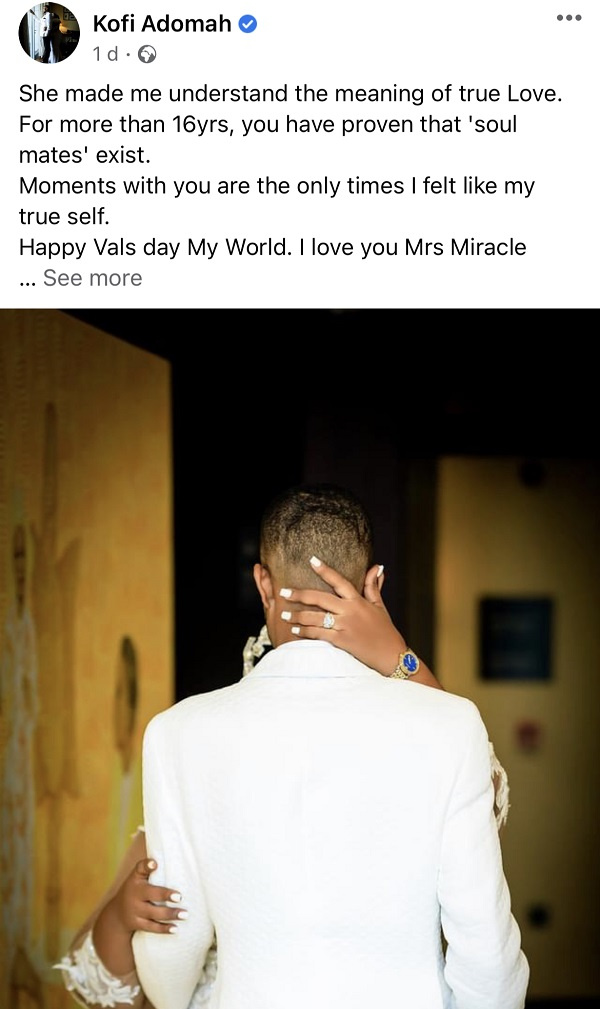 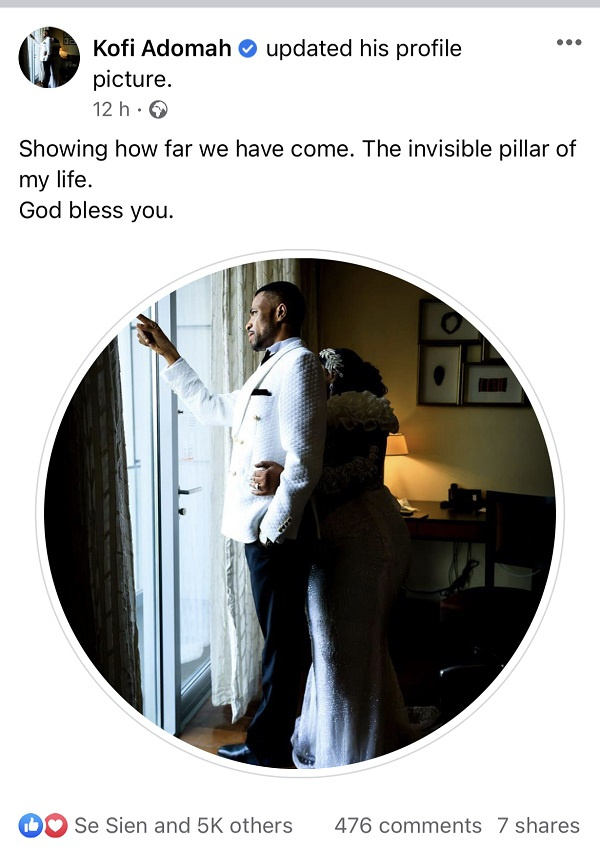