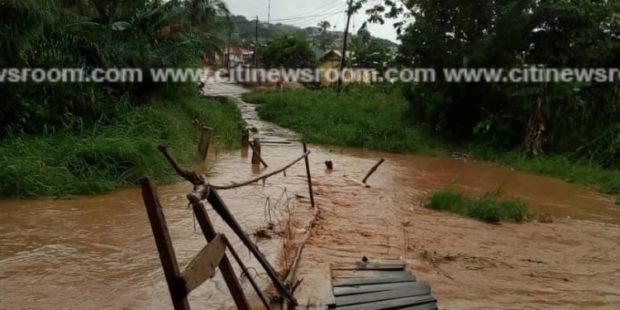 Residents living around Teacher-Korpe, Abensu and Pokuase, are asking authorities to as a matter of urgency, reconstruct the only bridge that links the enclave to other communities to prevent needless deaths and injuries.

The bridge constructed years ago got damaged some years ago and has since not seen any reconstruction.

Some frustrated residents who spoke to Citi News said the situation poses danger to both children and adults especially when it rains.

‘’We have complained several times about this bridge. When it rains, our lives become more miserable because we can’t go to work. We have to stay home for weeks. Our children also use this bridge to school every morning. It is really frustrating us. So we call on the government to do something about it. The deaths and drowning are becoming too much” a resident lamented.

The troubling aspect is that children have had to on daily basis ply this route to school, and any wrong step endangers their lives since the wooden bridge is constructed over a stream. 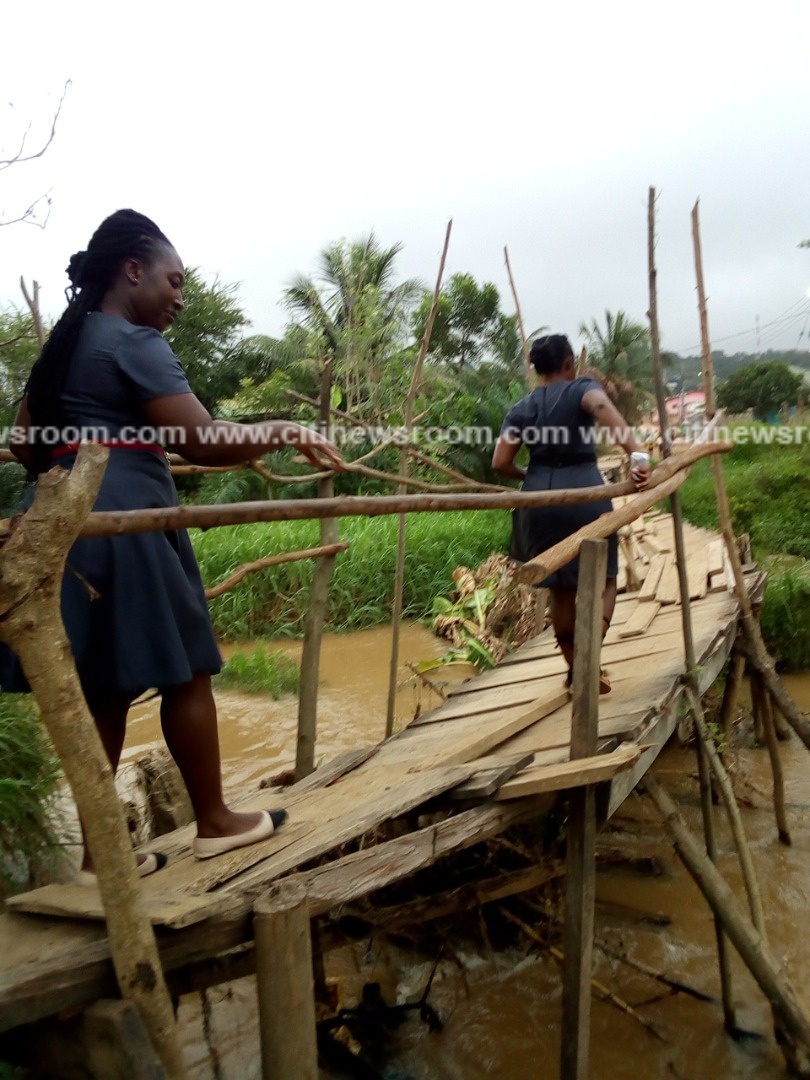 Phillip Doe, who has been a teacher in one of the schools in the community for years, told Citi News that most students and teachers living within these communities fail to report to school anytime it rains.

This he fears will have a dire impact on the students.

‘”When it rains the bridge collapses and this means that everybody must stay at home. No work, no school. I fear. This is not the first time one of our students is drowning in this stream beneath. It’s always the talk of town. This has affected teaching and learning because everyone is afraid,’ he laments. 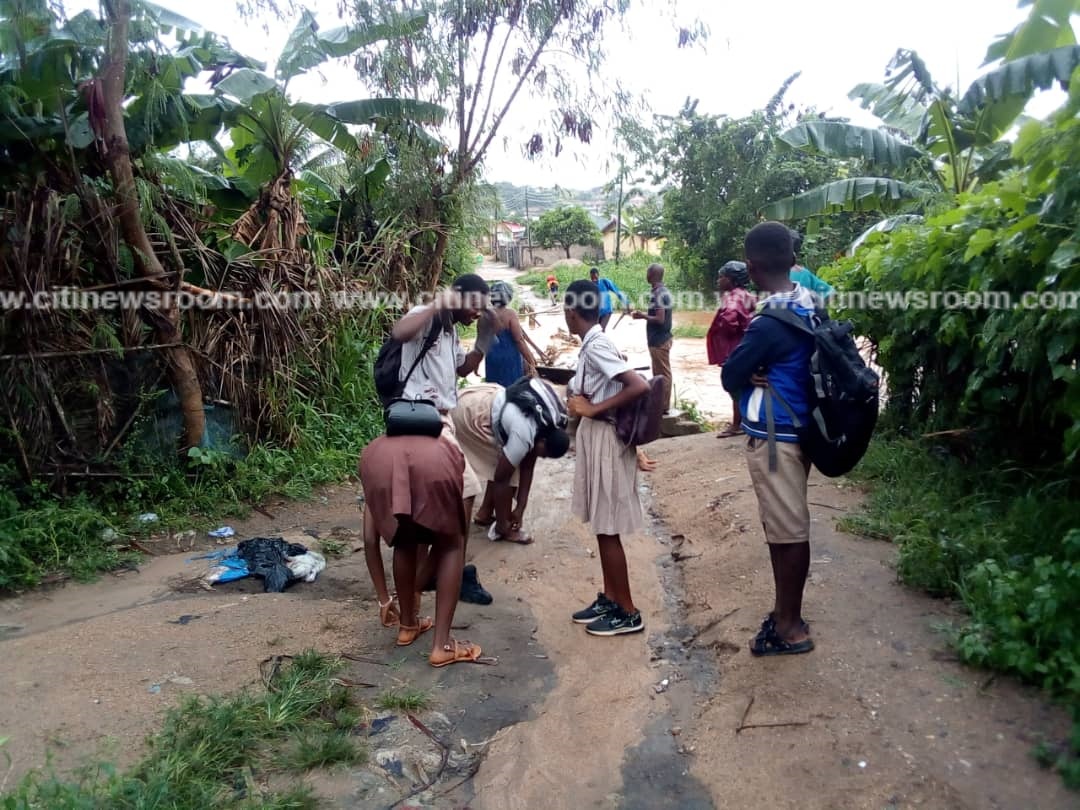 According to residents, about 10 people have lost their lives after falling from the bridge and drowning.

In recent times, some persons while trying to cross the bridge lost their lives when they fell from the bridge and drowned in the stream beneath. Most recently, 3 siblings who were crossing the bridge fell off and were caught in the flowing stream.

Luckily, two of them were saved from drowning but their five year old sister affectionately called Obaapa could not be rescued. Its been over a week now, and tragically Obaapa has not been found yet. 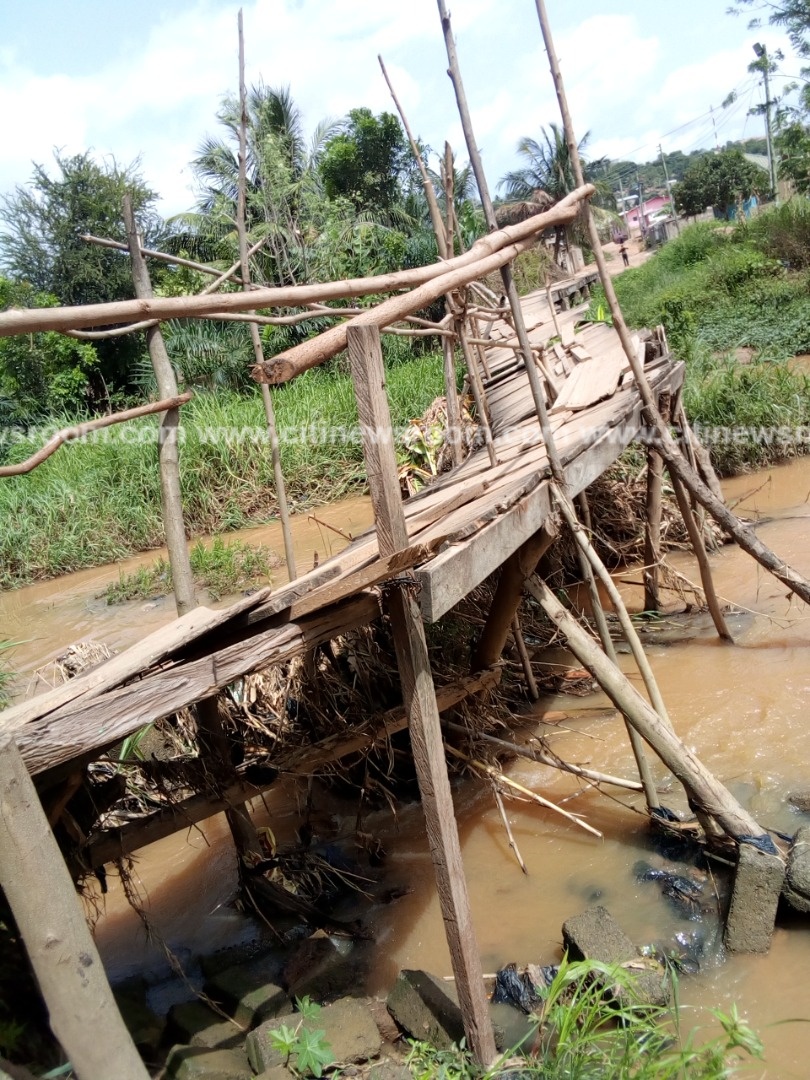 The distraught mother of the 5 year old says she’s disappointed that authorities in the area have not done anything concerning the bridge following the number of deaths recorded as a result of the dilapidated bridge.

Obaapa’s Father, Mr. Safo in an interview with Citi News could not hold back his tears. He said if authorities had reconstructed the dilapidated bridge, his family would not have been faced with this unfortunate incident. 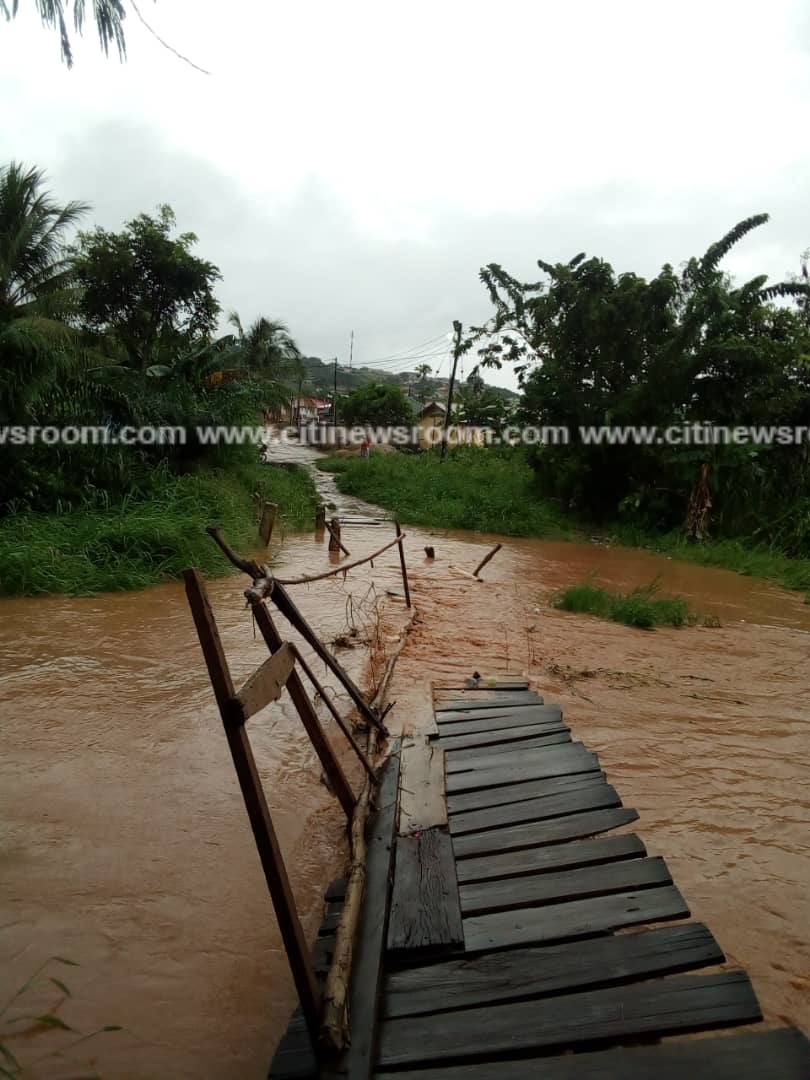 The family is however keeping hope alive. They say, their daughter might be alive, and are appealing to the government do all it can to locate the body either dead or alive.