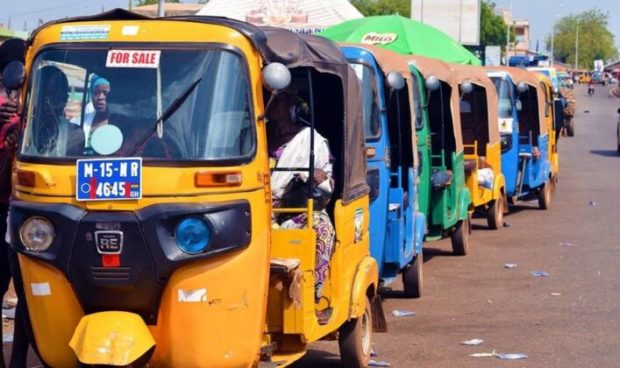 • The riders were intercepted while on the motorway

• The Ayawaso North has vowed to clamp down on riders

Police have intercepted five Tricycles locally known as ‘Aboboyaa’ operators along the Tema motorway stretch in the Tema metropolis.

Under the new by-law, operators of Aboboyaa are not supposed to travel along highways in the capital, however, some operators are not heeding to the directive and end up in the grips of police.

The task force from LEKMA, Adentan, and Tema assembly who are stationed at vantage points in Accra are working under the directive by the Greater Accra Regional Minister, Henry Quartey to arrest tricycles highways in the capital.

Speaking to TV3 on Wednesday, November 3, 2021, the Ayawaso North Municipal Chief Executive, Mr Aminu Mohammed Zakari, who has collaborated with the police task force, disclosed that they will clamp down on riders on the motorway.

“Our mission on the motorway is to enforce the by-laws that there should be no Aboboyaa on the motorway, so that is why we are here,” Mr Aminu Zakari stated.

He added, “We stationed people on the motorway where we believe that they use. So far we’ve made five arrests at the Accra tow boot and the Manet junction.”

“We have two barriers at the entry into the motorway to ensure that every route they use we block it. We will continue to arrest them till they abide by the laws,” the MCE explained.

The MCE has promised to ensure that the Aboboyaa operators are processed to court.

The ban on tricycles on Accra Highways, was passed into effect on November 1, 2021.

Source: www.ghanaweb.com
Related Topics:Tricycle
Up Next