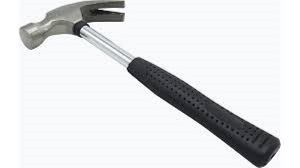 The Komenda- Edina- Eguafo-Abrem (KEEA) municipal police in the Central Region is on a manhunt for suspect Kwesi Thomas, 40, for allegedly hacking his girlfriend, Celina Kakra, 24, with a hammer over the payment for expenses she incurred after a miscarriage.

Narrating the matter to Accra 100. 5 FM mid-day news, the Assemblyman for Bronibimna Electoral Area, Christopher Cobbinah explained Kakra has been living with the said boyfriend for the past three years and got pregnant but had a miscarriage.

According to him, on November 3, 2021, a passerby near Kwesi Thomas’ house heard Kakra shouting for help.

He noted that he found Kakra lying unconscious after a search.

She was quickly rushed to the nearest clinic where she was revived after suffering the attack from her boyfriend.

Kakra is suspected to have gone to see Kwesi Thomas to demand money she expended through the miscarriage she suffered.