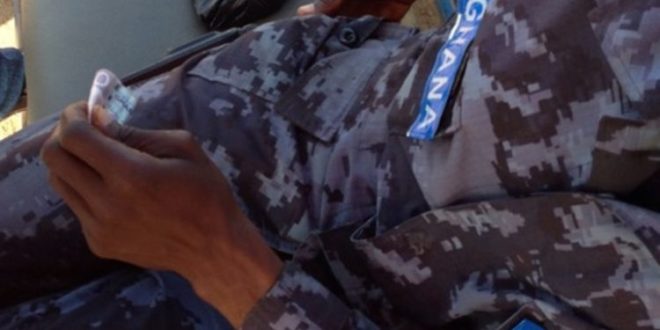 latest survey conducted by the Ghana Statistical Service with other stakeholders in the fight against corruption has ranked the Ghana Police Service as the most corrupt institution among 23 other institutions sampled.

This was revealed in a research dubbed; corruption in Ghana, Peoples Experiences and View.

The aim of the survey is to unearth corrupt institutions and make available data that will guide the formulation of policies that will look at nipping corruption in the bud.

The survey indicated that more than 17.4 million bribes were paid in 2021 with police officers topping the list of officials who take bribes at 53.2%.

The Ghana Immigration Service Officers and GRA customs officers come next, at 37.4% and 33.6% respectively, while elected government representatives are at the bottom of the list at 2.9%.

According to the survey, people with the highest level of (tertiary) education were 1.6 times more likely to have paid a bribe than people with no formal education.

Also, ten out of the 16 administrative regions recorded a prevalence of bribery higher than the national average.

There are, however, sizable variations across the 16 regions of the country.

The prevalence of bribery in the Bono East, Savannah and Volta regions, for example, is substantially lower than the national rate, at 11.8, 14.5 and 19.1 per cent, respectively.

Also in the Western North, Ahafo and North East regions, bribery is substantially higher, at 53.4, 47.0 and 41.9 per cent, respectively.

Previous About GH¢5 billion was paid as bribe in private, public sectors in 2021 – GSS
Next 3 small behaviors that prevent men from cheating