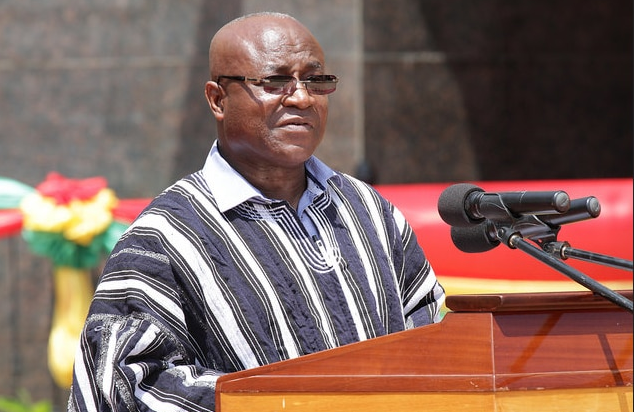 Minister of Parliamentary Affairs, Mr Osei Kyei-Mensah-Bonsu, has set January 2025, which coincides the end of the eight session of Parliament, to leave active politics.

According to him, after serving as a Legislator for 23 years, he is convinced that the career of Parliamentarian was a noble one.

“I can testify from my 23 years as a Member of Parliament that it has been most gratifying and challenging but I have no regrets as it has given me the very opportunity to serve my country,” he is quoted in a report by the Daily Graphic.

He was speaking at a dialogue with the core leadership of the legislature in Parliament on Wednesday, August 5, 2020.

Mr Kyei-Mensah-Bonsu said: “I rose to the occasion when I identified the opportunity for more work and by God’s grace, and dint of hard work, I made a career that may have come to an end at the end of the eighth Parliament.

“I have sworn to myself; and let me assure that I do not intend to outpace honourable Alban Sumani Bagbin, the Second Deputy Speaker of Parliament.”

The meeting allowed the leaders to deliberate on the prospects and challenges of nurturing career legislators and identify institutional and systemic factors fuelling the high attrition rate depriving Parliament with requisite skills and competencies to execute its mandate.

Mr Kyei-Mensah-Bonsu, who is the current Majority Leader, is also the Chairperson of the Special Budget Committee, House Committee and Business Committee of Parliament.

He has held several leadership positions in Parliament. He was the secretary to the Minority Caucus during his first term in Parliament in 1997.

From 2007 to 2009, he became the Deputy Majority Leader and Minister of State in-charge of Parliamentary Affairs.

LIVESTREAMED: ‘The Seat’ show with Kennedy Agyapong on banking crisis

What Nation is Akufo-Addo going to hand over to me? – Mahama speaks about violence