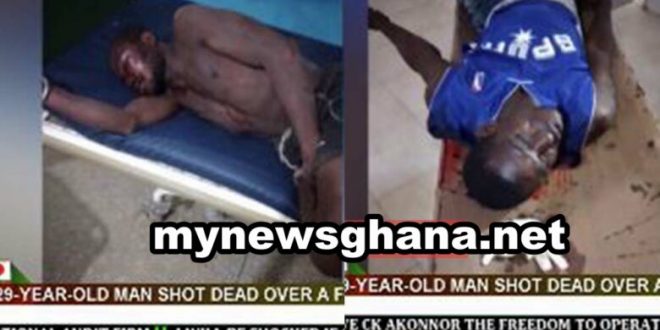 Credible information reaching My News Ghana indicates that a 29-year-old man has been shot dead over a fowl in Pru West Constituency in the Bono Region of Ghana.

The young man identified as James Elijah was reportedly killed after a confrontation with a young man called Blue Boy over his missing fowl.

The confrontation led to a heated argument which led to a fight between the two.

Angry Blue Boy is reported to have later met James and shot him to death.