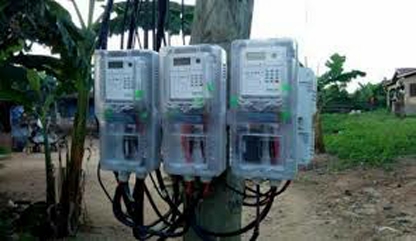 The Ghana Grid Company Limited (GRIDCo) has announced the successful completion of repair and restoration works on three collapsed towers, which plunged Kumasi and its environs into darkness.

Mr Vincent Boakye, the Director in charge of Northern Network at GRIDCo, said the repair of the tower had stabilised the power supply to Kumasi.

Also, the 330-kilovolt Aboadze-Anwomaso Transmission Line has been restored since Tuesday, December 07, 2021.

Briefing journalists at GRIDCo’s Anwomaso Substation near Kumasi on Friday, Mr Boakye gave an assurance that there was a complete restoration of power supply.

“Kumasi now will not need to take off any load, barring any unforeseen circumstances,” he said.

A telecommunication mast fell on the 330kV Aboadze-Anwomaso transmission line at Bogoso, early November, which led to the collapse of the towers.

This transmission line is responsible for carrying bulk power from Aboadze to Kumasi and the northern parts of Ghana.

The incident triggered low voltages in the middle belt of the National Interconnected Transmission System (NITS) and overloaded some transmission lines.

This led to power supply challenges in Greater Kumasi and its environs during peak periods of between 1800 hours and 2300 hours.

Mr Boakye reiterated that GRIDCo was collaborating with other power supply agencies to establish another power generation enclave in Kumasi to improve power supply to the middle and northern parts of Ghana.

This would encompass the relocation of the Ameri Power Plant from Aboadze to Kumasi, expected to be completed by the end of 2022.

‘Media General can sack me, I don’t give a damn’ – Captain Smart