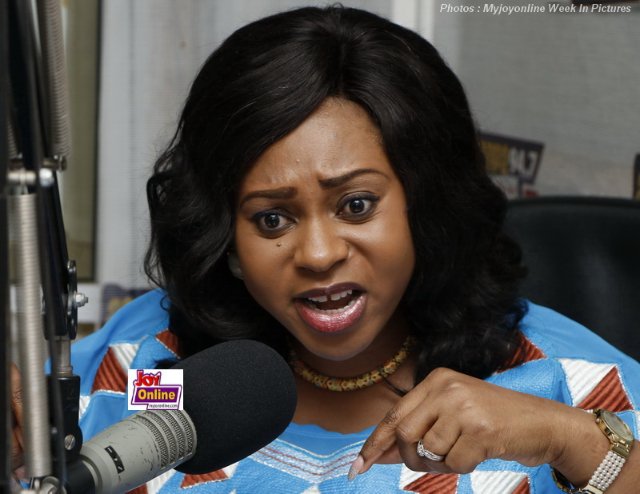 Her presence in Parliament on Tuesday has sparked some confusion

The controversy as to whether or not Sarah Adwoa Safo was in the Chamber of Parliament and was part of her colleagues on the Majority side who passed the 2022 budget will not end soon as the Minority are trying very hard to prove that the Majority did not have the numbers to do what they did on Tuesday, November 30.

It has emerged that, on Friday, November 26, when the Majority Caucus staged a walkout from Parliament when Speaker Alban Bagbin asked non-MPs to leave the Chamber, they [the Majority] did not have the full set of 137 MPs present.

On that day, the Dome-Kwabenya MP, who was serving an extension of her annual leave outside the jurisdiction, was not part of her colleagues when the walkout happened.

She [Adwoa Safo] arrived in the country, the dawn of Saturday, November 27, thus, a day after the walkout had happened and the 2022 budget rejected by the Minority Caucus in Parliament.

This was disclosed by Abdul Malik Kweku Baako, the Editor-in-Chief of the New Crusading Guide newspaper.

There have been speculations that Sarah Adwoa Safo, who doubles as the Minister of Gender, wasn’t present during the voting and that the woman perceived to have voted in her name was an impersonator.

Samuel Okudzeto Ablakwa, the North Tongu MP, has disclosed that the Minority in Parliament is investigating the case of impersonation of the Dome-Kwabenya MP.

“Following pictures and videos we are reviewing this morning, it is becoming quite apparent to us that there may be a case of impersonation with regards to the lady who was presented as Adwoa Safo. It’s beginning to appear that she may not be Adwoa Safo,” he said on Joy FM’s Super Morning Show on Wednesday.

Sarah Adwoa Safo, on the floor of Parliament, described the allegations by Okudzeto Ablakwa, as “an insult to womanhood,” but Ablakwa has parried the accusation describing it as a diversion from the main issue at hand.

She stated she was in the House the previous day when the 2022 budget was approved and subsequently demanded an apology from her colleague.

But Ablakwa’s point has been corroborated by Alliance for Social Equity and Public Accountability (ASEPA), who have called for a probe into the matter.

The group said, it has submitted the footage of proceedings on the day and added pictures of the MP to a forensic expert who has concluded that the woman who came to parliament on the day was not the MP.

Debunking these claims while making a submission on Peace FM’s Kokrokoo Morning Show, Kweku Baako said, “after watching the videos available, I think it’s her. She returned on Saturday morning.”

No show in parliament day after MPs fight