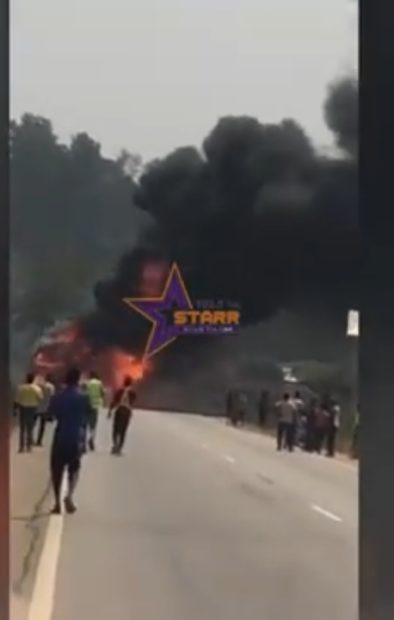 Few minutes after the collision, the vehicle exploded, killing an unknown number of people and injuring several others. The highway has been cut into two burying the vehicle.