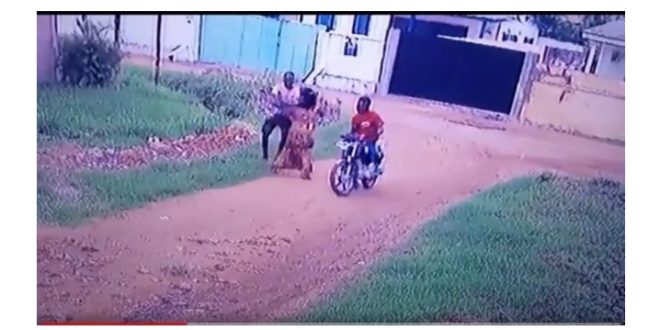 Two men have been captured on CCTV camera attacking a woman at gunpoint in broad daylight robbery.

The incident is said to have happened at Dansoman Exhibition roundabout in the Greater Accra Region on Monday, May 23, 2022.

In the video which has gone viral on social media, two men were seen on a motorbike and made a quick U-turn after driving past the woman who had a handbag.

A pillion jumped off the motor and attacked the woman.

Though the woman tried to fight back, she was overpowered by the suspect who made away with her bag.