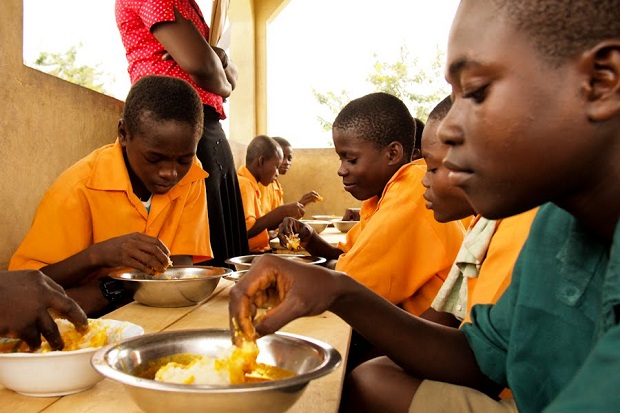 Government’s intention to expand coverage of the Ghana School Feeding Programme (GSFP) from 3.4 million to over four million pupils in 2022 has not affected the expected increase in the programme’s feeding grant, which is still pegged at GH¢1 per plate of food for primary pupils and Senior High School students.

Stakeholders have said the current GH¢1 is not enough to expand coverage from the 3.4 million to the projected four million beneficiaries in 2022, as the meagre amount could further compromise the quality of meals served to schoolchildren amid the planned increase in coverage.

In September this year, the Ghana National School Feeding Caterers Association at a press conference called for a 50 percent increment in the feeding grant of students under the programme, explaining that the current GH¢1 per student is woefully inadequate to meet the cost of goods and services vis-à-vis the impact of COVID-19 on businesses.

Despite the numerous challenges confronting the GSFP, the programme still provides relief for children – especially those in deprived communities who look to these meals for their daily survival in the classroom.

SEND GHANA, a policy research and advocacy civil society organization, in its analysis of next year’s budget maintains that the amount is woefully inadequate and cannot guarantee a healthy meal for the children – who require nutrition for their cognitive and physical development.

The organisation is imploring government to, at least, increase the amount by 100 percent in order to create the required impact.

“We urge government to increase the amount to at least GH¢2 per child to ensure the programme attains its short-term objective of reducing hunger and malnutrition,” SEND Ghana stated in its report.

In terms of budget allocation to the Ministry of Gender, Children and Social Protection, the GSFP has in the past four years consistently witnessed an increase in allocation.

For the 2022 fiscal year, GSFP is receiving 77 percent of the entire sector budget – which may be due to the intended expansion intended to include more schools across the country.

The GSFP in recent years has been fraught with many allegations of fraud by individuals and state institutions, particularly the Auditor-General in its report of 2021 – where it was stated that financial losses in connection with the programme had reached GH¢2billion.

Despite the challenges, allocations to the GSFP has kept increasing over the last few years, though other interventions under the MGCSP have received less priority by government.

Interventions in areas such as child-trafficking and domestic violence are both allocated approximately 0.2 percent each in the sector’s budget for next year – sparking fears among stakeholders that those areas could be unduly disadvantaged.

“We ask Parliament to critically review the sector budget and consider realigning it, so that other equally important areas will not suffer unduly,” SEND Ghana said.

Related Topics:plateschool feeding
Up Next

Over 40 basic schools in Bolgatanga Municipality without classroom, furniture — MCE