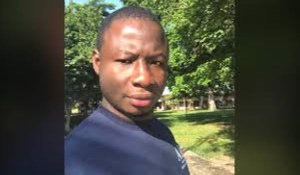 The Private Newspaper Publishers Association of Ghana has given security agencies in the country a fourteen-day ultimatum to find persons behind the murder of investigative journalist, Ahmed Hussein-Suale.

Speaking at a one year anniversary organised by the Ghana Journalists Association to mark the death of Mr. Suale, the President of PRINPAG, Nii Laryea Sowah said considering the importance of the security of journalists in the country, the group is giving the security agencies two weeks to make headway in its investigations on the matter or it will have no option than to petition international bodies including the World Association of Newspapers and News Publishers.

“PRINPAG will like to give the security authorities just two weeks, if we don’t hear anything from them, we will have no alternative than to petition the World Association of Newspapers and News Publishers.”

Mr Laryea stressing the need to ensure the security of pressmen said the safety of journalists goes a long way to affect the image of any government and a nation at large.

He called on persons within the media fraternity to come on board in bringing pressure to bear on the security agencies in order to bring to book the perpetrators of the murder of Ahmed Suale. He said this will ensure the security of media personalities in the country.

Ahmed Hussein-Suale a member of the Tiger Eye Private investigative firm was shot three times by unidentified men on a motorbike on January 16, 2019, whilst driving to his family house at Madina.

His murder came a year after playing an extensive role in the Anas’ Number 12 exposé on corruption in the Ghana Football Association. The piece implicated over 70 officials of the FA including the then president of the association, Mr Kwasi Nyantakyi in acts of corruption.

With today marking a year of the murder, investigations to identify persons behind the assassination is yet to yield any results.

However, the Public Relations Officer of the Ghana Police Service, DSP Juliana Obeng who was at the event in her address said the police service has made “tremendous progress” in its investigations into the murder.