Home / ENTERTAINMENT / Sex-for-roles: I am not clearing any air, people can believe whatever they want – Zicaloma 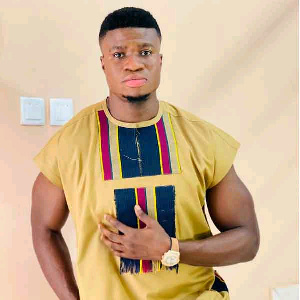 Sex-for-roles: I am not clearing any air, people can believe whatever they want – Zicaloma

A few days ago, a blog accused the comedian of demanding sex from male actors he wanted to use in his skits.

In an interview with Sunday Scoop, Zicsaloma said the allegations are false and urged anyone who has experienced such with him to speak out.

He said, “I really don’t want to talk about these things. I have been told that if people don’t talk about one, it means one is really not doing well. I don’t blame any blog for writing whatever they want; I blame people who give them an audience because they are just looking for ways to drive traffic to their blogs. I am not clearing any air. People can believe whatever they want to believe.”

“The best thing is for you to watch my skits. Anybody that looks like an up-and-coming comedian should be asked what they did for me to feature them. Everyone that becomes successful, must pass through a channel. I became successful because I put in hard work. I shot content for years without being recognised until it got to a point when I was recognised by people and my content started going viral.

“I work with anybody who I feel can deliver. I shoot most of my content with celebrities. That does not negate the fact that I can work with someone who has just 20 followers. I don’t compromise my content for anything. Some people offer me money to feature in my skits but I tell them ‘no’ because I don’t like their acting.”

Tags air AM ANY Clearing FOR I not ROLE sex

Previous I thank the Vatican for my elevation – Most Rev. Baawobr
Next Here are the Cardinals from Ghana