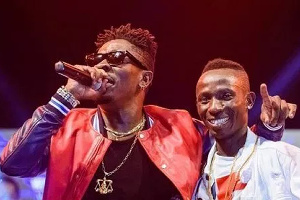 Patapaa speaking with Amansan Krakye during his birthday on March 1, 2022, said Shatta Wale did the most senseless song in the history of Ghana music.

He remarked “We are in Ghana and someone like Shatta Wale did a song saying wo maame tw3 but have I done such a song before.

“However, they say that such a person rather does sensible songs and that red means stop, yellow means get ready and green means go is senseless,” he fumed on Kastle FM.

He continued “Sorry for using such words on radio but I just want people to know that they just want to bring me down but they can’t”.

Patapaa has recently been vocal and up in arms against some Ghanaian artistes for allegedly tarnishing his image by using his name in a derogatory manner.