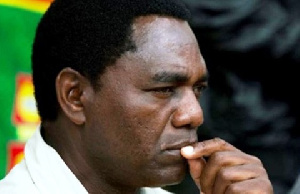 The said conversations further reveal targeted witch-hunting, attempts to circumvent the electoral processes for by-elections and removal of top civil servants perceived to be aligned to the previous government.

Revelations on the tapes according to insiders will blow the minds of many independent-minded Zambians, civil society organizations, anti-graft agencies and peers within the sub-region interested in good governance and the promotion of peace and harmony in neighbouring countries.

It is not however clear how far the DPP, a well-respected lawyer, intends to use the incriminating evidence but unimpeachable sources say that she is most likely to call over 100 witnesses to defend herself, once her request to have her oath of secrecy lift is granted, as the government pursues the agenda to remove her from office.

DPP Lilian Shawa Siyuni has been described by Zambians as a firm lady who has earned her integrity by refusing to be manipulated by politicians.

It will be recalled that in 2016, she refused to be part of what she called ‘circus’ prosecutions aid not append her signature on any documents relating to alleged treason charges against the current President, then in opposition.

SHOCKING LIST
The President, is likely to be one of the first few witnesses in what we see as a high profile case”…one of the sources said

The secrete recording which involves a conspirators bent on removing the DPP from office include a tall list in both the Zambian legal and political circles.

Those likely to be called to question include the Minister of Finance, Felix Mutati currently Minister of Commerce, Raphael Nakachinda, advocates in NPA, renowned lawyer Sakwiba Sikota SC, Inspector General of Police and other officers, Minister of Home Affairs, Attorney General, Legal Advisor to the President, Judges, Mulambo Haimbe.

Some of these alleged culprits met her in their offices, car parks at Shopping malls, and homes where they made mindboggling comments.

Lilian Shawa Siyuniis said to have confronted some of the heads of Government for their role in unfairly treating her, including emissaries of the president from Chirundu and operatives threatening her life.

Zambia has been sharply divided since President Hakainde Hichilema was sworn into office following what critics describe as his heavy-handedness on political opponents and sections of the media in an attempt to silence them even before his government settles down to address the myriad of socio-economic challenges facing the country. 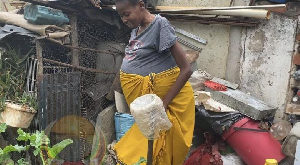 Woman’s womb expands after sleeping with a married man