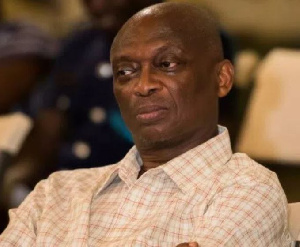 Kweku Baako Jnr is advocating for the reopening of some radio stations that have been closed down in the country.

The Editor-in-Chief of the New Crusading Guide Newspaper held the view that even though some laws were violated by these media houses, “I think it’s about time amnesty” is granted them.

Radio Gold and Radio XYZ, were shut down by the National Communications Authority (NCA) last year for allegedly operating without valid authorization.

Speaking on World Press Freedom Day, Kweku Baako pleaded with the authorities in charge for leniency.

“In the face of the law, it’s obvious there were violations but the truth is that I’ve never been comfortable with the idea (closure). I think it’s about time that perhaps we grant some amnesty to these radio stations; I plead that they are given the same frequency that they had,” he pleaded.

The renowned journalist disclosed that he is currently “part of an advocacy to reinstate radio XYZ and Radio Gold; I know it will be an unpopular advocacy but no fears”.

He was contributing to a panel discussion on Peace FM‘s morning show ‘Kokrokoo’.

Listen to him below

It would be recalled that National Chairman of the NDC, Samuel Ofosu-Ampofo, during a recent meeting with President Akufo-Addo asked for pardon for radio stations that have been shut down.

“In our effort to ensure that we reach out to the majority of our countrymen and women, I am appealing to His Excellency [Nana Addo Dankwa Akufo-Addo] to grant amnesty and get those radio stations that have been closed down to use their frequencies to reach out to the people and to reach out to them in various languages so that we will be able to reach out to every nook and cranny of this country,” Mr. Ofosu Ampofo told President Akufo-Addo at the Jubilee House during a meeting with political party leaders.

However, Kweku Baako thinks it was a wrong platform to use and that it should have been ‘on the quiet‘.

“He was wrong in choosing that platform to ask for that amnesty, and the President was sharp as a politician and a lawyer; his answer was appropriate because some of these things; even if you will do something like that, it should have been on the quiet,” Kweku Baako said.

Radio stations shut down in Ghana

About fifty-seven broadcasting stations have been shut down by the National Communications Authority (NCA), the Communications regulator and radio-frequency licensing body in Ghana.

According to the Minister of Communications, Mrs. Ursula Owusu Ekuful, fifty-seven out of the 144 Frequency Modulation (FM) stations were cited for various infractions in an audit exercise by the NCA.

She said: “In accordance with the decisions of the Electronic Communication Tribunal (ECT), 30 out of the 57 stations have submitted fresh applications for FM authorisations, out of which 15 have been processed.

“The applications for the remaining 15 FM stations are still being processed and the outcomes will be communicated to them after they have gone through all the requisite processes, which include technical review, management review and board approval.”

She revealed that 27 out of the stations that were closed down had not submitted fresh applications for new FM authorisations.