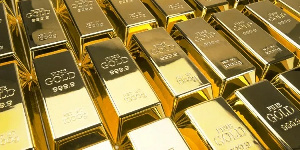 The country suffered a drastic drop in gold production of 30 percent in 2021 -the lowest since 2008.

Total production from large- and small-scale producers declined from 4 million ounces in 2020 to 2.8 million ounces last year, mainly due to operations-related challenges, says the Ghana Chamber of Mines.

“The sub-sector’s output reduction was primarily explained by a broad decline in the output of most mines,” the Chamber’s incoming President, Joshua Mortoti, said.

Mr. Mortoti, who replaces Eric Asuboteng, spoke during the Chamber’s 94th annual general meeting in Accra and said output from Asanko Gold Mines, AngloGold Ashanti Obuasi and Iduapriem Mines as well as Adamus Resources Limited contracted by more than 10 percent relative to their respective production outturns in 2020. The drop, he added, was occasioned by operational challenges.

Mr. Mortoti added that the output could have been worse but for the significant expansion in production from Abosso Goldfields Limited.

Meanwhile, the 92 percent contraction in the small-scale sub-sector was primarily driven by a 3 percent withholding tax on gold export in 2019. The policy – which is believed to have forced small miners to resort to non-official channels for exporting gold – has now been halved.

Consequently, gross receipts from export of minerals went down 25 percent from US$7billion in 2020 to US$5billion in 2021 due to the fall in production.

Despite the drop in production and gross receipts from export, the mining sector retained its place as the leading source of export revenue, accounting for 36 percent of aggregate merchandise receipts last year from 48 percent in 2020 – ahead of crude oil and cocoa which acccounted for 27 percent and 19 percent of total export revenue in 2021.

In 2022 the Chamber expects most of the mines to operate at a steady level, and thereby address the challenges which confronted their operations in 2021.

“In that regard, we project an in-gold production of producing member companies between 2.9 million to 3 million ounces in 2022; and a corresponding increase in revenue and other benefits to government and other stakeholders,” the President said.

For his part, the immediate past President, Eric Asubonteng, said more needs to be done to address the sector’s many challenges.

“There are challenges and constraints that we need to address with urgency; to ensure we don’t lose ground to neighbouring mining jurisdictions in West Africa, and to maintain our position as one of the leading mining investment destinations in Africa.

“For example, we have fallen behind in attracting exploration investment as compared to our neighbours in West Africa. As we all know, the success of exploration activities of today are what will determine growth of the industry in 10 years, 20 years etc., down the line,” Mr. Asubonteng added.