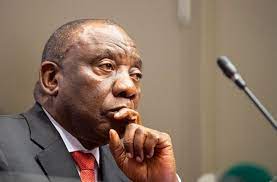 Mr Ramaphosa started feeling unwell on Sunday after leaving the state memorial service of South Africa’s last apartheid President FW De Klerk in Cape Town, according to a statement from the presidency.

People who had contact with the president on the day have been advised to watch for symptoms or to get tested.

The president is fully vaccinated and has delegated all his responsibilities to Deputy President David Mabuza.

President Ramaphosa returned last Wednesday from a trip to the West African countries of Nigeria, Ivory Coast, Ghana and Senegal.

The presidency said he and his delegation were tested for Covid in all the countries they visited. It said the president had tested negative on his return.