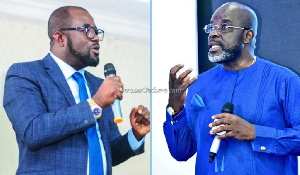 There has been another adjournment in the case involving the Ghana Football Association and Wilfried Osei Kwaku Palmer.

The Court of Arbitration for Sports has rescheduled the ruling to September 1, 2020.

“On behalf of the Deputy President of the CAS Arbitration Division, please be advised that the time limit to communicate the Arbitral Award to the parties, pursuant to Article 59 of the Code of Sports-related Arbitration, has been extended until September 1, 2020”, a CAS statement issued on Wednesday August 5 read.

It becomes the second time the verdict on the matter has been postponed after an initial postponment on July 17, 2020.

Osei Kwaku Palmer is seeking redress from CAS after he was disqualified from competing in last year’s GFA elections.

Palmer is seeking for four reliefs, one of which could nullify last year’s GFA elections.

Earlier there were reports from certain quarters that interested parties had been served with copies of the ruling but Palmer came out to deny it.

The Tema Youth chief said in a statement he was waiting for CAF to announce the verdict.

“Contrary to report suggesting our lawyers of received the much-anticipated ruling from the Court of Arbitration for Sports (CAS), we wish to establish the fact that our lawyers are yet to receive the ruling from CAS,” a statement read.

“CAS has not given any reason for the delay, but we are hopeful that in due course the ruling you be sent to both parties involved.” 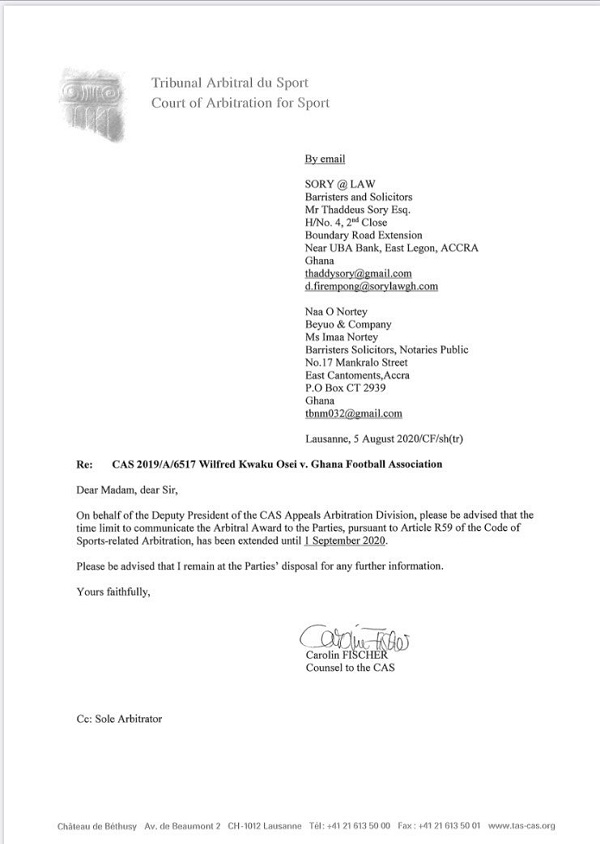