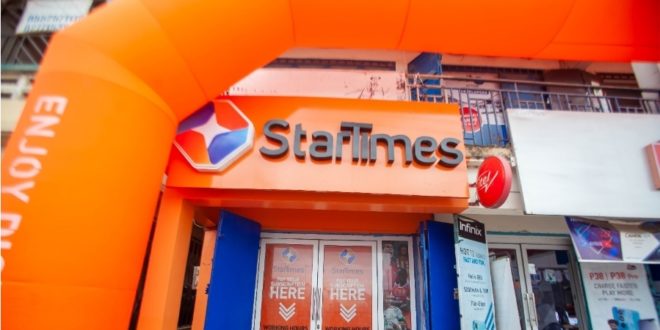 StarTimes Ghana held its grand opening event and sales roadshow on Friday, in Kasoa, off the Kasoa-Winneba high way near the Bawjiase Rural bank where the new office is located.

Ahead of the new Premier League season which kicks-off on the weekend of 10th -12th September with football fans yearning to catch a feel of the Only League that matters, the official broadcaster of the betPawa Premier League drew its services closer to the people of Kasoa and its environs.

Following the grand opening, both new and existing customers are welcomed to buy StarTimes decoder and accessories, pay for subscription, make general enquiries, get technical support among others.
Speaking at the official grand opening event, General Manager of StarTimes Ghana Mrs. Akofa Banson revealed her outfit is committed to extending its services to all Ghanaians with affordability as the hallmark.

“We do recognize the need of those around Kasoa and have made it a point to draw our services much closer to them.”

“We have officially added to our numerous office spaces across the country with the aim of providing premium entertainment to all at the most affordable rates.” She said.

Previous The Right Time To Eat Your Afternoon Meal (Lunch)
Next VIDEO: The Ghanaian composed song for Queen Elizabeth II that will forever remain in history