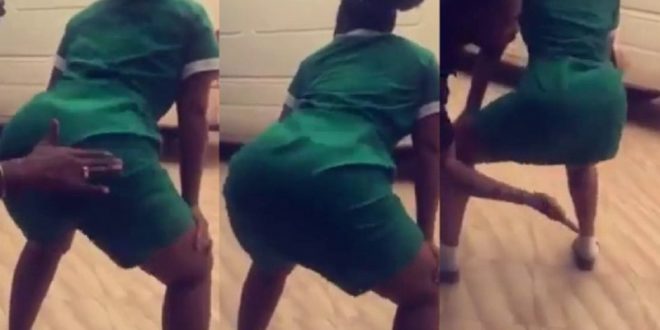 The Chief Nursing and Midwifery Officer for Bono Region, Mad. Emily Ama Oduro, has advised nurses and midwives to avoid abusing social media by twerking and advertising themselves for husbands on such platforms.

She implored them to take advantage of the positive aspects of social media to educate the public on health issues. She was speaking at this year’s International Nurses Day celebration in Sunyani.

This year’s International Nurses Day celebration was under the theme: “Nurses and Midwives: A voice to lead, investing in nurses and respect Nurses right to secure global health”.

The celebration had nurses from Bono, Ahafo, and Bono East (BABE), regions present. A key part of the ceremony saw the nurses light candles in memory of Florence Nightingale, the founder of modern nursing, who cared for wounded soldiers in the night with her lamp during the Crimean War between 1853 and 1856.

Speaking in an interview on the sidelines of the celebration, the Chief Nursing and Midwifery Officer for the Bono Region, Emily Ama Oduro, expressed worry over some negative attitudes such as twerking in uniform by some nurses and bemoaned that the phenomenon is reducing respect for the nursing profession.

Chief Nursing and Midwifery Officer for Bono East, Joyce Eshun, indicated that systems and technology can’t do away with nurses and midwives; however, she believes that nurses need to upgrade themselves and prioritise the needs of their patients.

For his part, the Regional Chairman of the GRNMA in the BABE Regions, Fedelis Atibila, called on Government to take a look at the conditions of service of nurses to help curb the brain drain of nurses.

Certificates were given to nurses who performed creditably in their districts. With Boakyewaa Ako Sara in Sunyani West emerging as the best nurse in the BABE Regions.