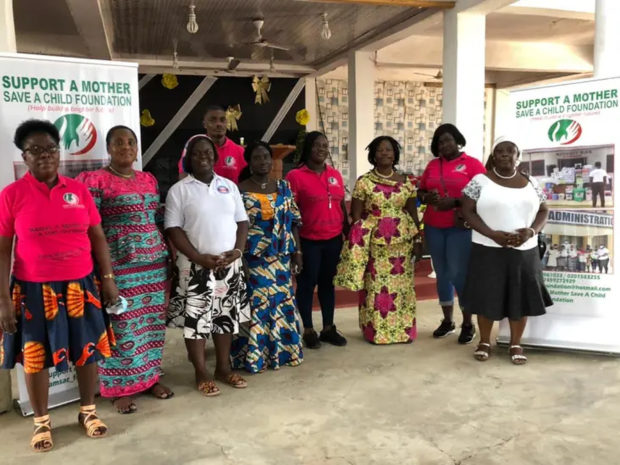 Support A Mother Save A Child Foundation had its annual free breast cancer screening and education on the importance of screening.

The foundation with its slogan “Early detection saves lives” organised the free breast cancer screening on 30th October, 2021, at the Apostolic Church of Ghana, Odorkor.

There were 3 nurses to educate and screen the people and refreshment was available for the participants.

The CEO of the foundation, Madam Nanendy Adjei stated that the first time she became cautious of breast cancer was when her friend got diagnosed early last year.

‘’This got me emotional and took my mind on helping raise the awareness across the globe especially in Ghana, where there is too little knowledge about it’’ she said.

The maiden edition was last year, education and refreshment were given, which is now done annually by her foundation Support A Mother Save A Child (SAMSACF).

This year was the second edition which was exceptional because to her they had teenagers between the ages of 13 to 18 as well as adults including men.

There were eight new cases detected and a follow up to the doctors for treatment was encouraged.

‘’’As the founder of the SAMSACF, I am personally interested in this awareness and will make sure more awareness is created to educate women around the globe to take precaution because early detection saves lives’’.

Security of every country serves as its backbone

A better world is near