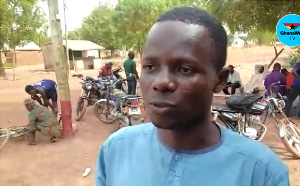 Tamale residents cry after sleeping in darkness for many days

The residents of Kpane, a farming community in the Sagnerigu municipality of the Northern region, have appealed to the Volta River Authority(VRA) and the Northern Electricity Distribution Company(NEDco) to have mercy on them and fix their faulty transformer which has thrown them into darkness for many days.

The residents who spoke in an interview with the GhanaWeb on Sunday, March 13, 2022, said they had been in darkness for over three days, which makes life difficult for them

They noted that all activities that depend on the use of electricity have been halted, bringing life to a standstill and unbearable.

They indicated that for many days, they have to depend on nearby communities for cold water and drinks because all their fridges were off.

They lamented that due to the light out, their phones are off, making it difficult for them to communicate with their relatives and friends who live outside the community.

“We are pleading with VRA to please fix the light for us, the light went off since on Friday, and since then, we have been in darkness so we are appealing to them to have mercy on us and fix it” Yabubu Muawiya, a resident told GhanaWeb

About a week ago, the Volta River Authority(VRA) and the Northern Electricity Distribution Company(NEDco) declared a sit-down strike for fear of their lives following attacks on them by the residents.

In a release, the two companies said, until the residents assured them (VRA/NEDco ) of safety, they would neither attend to any problem from customers outside their offices nor visit communities to address issues.

But the residents who bemoaned how difficult it live was without electricity, said, they have never attacked any VRA worker, nor have plans to do so, and therefore pleaded with workers to solve the problem and restore the power for them.

“We are told that the VRA workers are on strike because people beat them, but we have never attacked any of their workers. So we are begging them to work on it for us,” another resident, Alhassan Hamza said

“I used the electricity to operate my grinding mill, but for many days now, I have not worked due to the absence of the electricity,” a mill operator told GhanaWeb

“All of our fridges are off. Yesterday, we had to pour away some of our things because they went bad,” a shop operator said.

“We are pleading with the VRA to come and work on it for us,” a resident pleaded.

Meanwhile, the assembly member for the Sagnerigu electoral area, Mr. Baaba Issah in an interview with the GhanaWeb said the authorities were on it.

According to him, a complaint had been made at the office of VRA and assured that the light would be restored.

Tags after Cry darkness DAYS FOR IN MANY RESIDENTS SLEEPING Tamale

Previous Alhassan Suhuyini storms out of chamber, Majority hoots at him
Next Be bold and drop Jordan Ayew – Otto Addo told