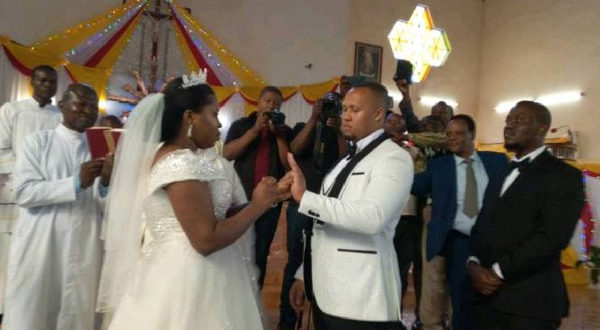 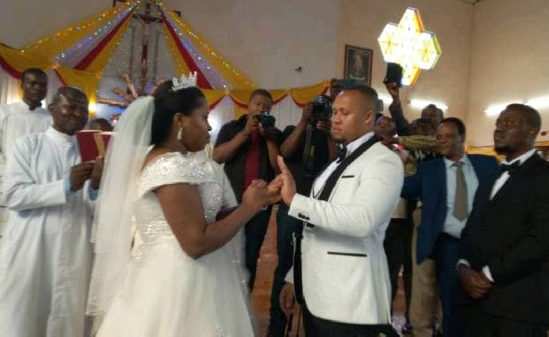 The couple tied the knot on Saturday, May 8, 2021, at a Catholic Church located at Unga Ltd in Arusha followed by a grand ceremony held at the Arusha International Conference Center.

That was the third marriage ceremony for the two, as they first got married in Nigeria at the Pentecostal Church and later in Dubai, United Arab Emirates and now in Arusha.

According to Father Festus Mangwangi, who solemnised the marriage, it was not a strange marriage but a hybrid marriage in which after marriage each one retains his or her religion, but the children will become members of the Catholic Church.

He said that before the marriage was solemnised, the bride and groom signed a prenuptial agreement and later received the blessings of the Catholic Church.

He said two previous marriages were solemnised in two different countries, a civil marriage and a formal marriage of the Pentecostal Church that the bride has been worshiping.

However, Father Mangwangi said the groom, Mr Moshie is a Catholic and saw the need to follow the Catholic tradition so came to the country and asked to be remarried after the parties had agreed.

“This marriage is recognised by the Catholic Church as a hybrid marriage where each one remains with their religion but the children will be Catholics,” he said.

Hundreds of Arusha residents turned up at the AICC conference hall where a grand party took place.

Mr Moshie is a businessman in the tourism industry whereas the bride is a lawyer.

The wedding was attended by TB Joshua’s wife and his relatives from Nigeria alongside the groom’s family.