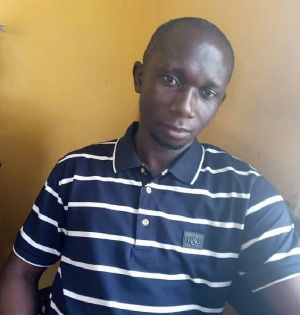 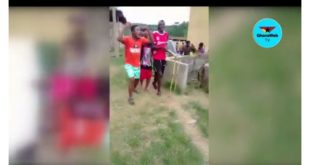 The body of a 38-year-old teacher has been found in a drainage at Aburaso within New Edubiase in the Adansi South District following a severe rainstorm that hit the town on Sunday evening.

The deceased, Francis Abu, an Assistant Headteacher of Adansi Atobiase D/A Basic school, got missing during the heavy rains on Sunday night.

His body was discovered at the southern part of the drain by some community members on Monday morning.

This was after attempts by the wife to locate his whereabouts after the rains proved futile.

Deputy Superintendent of Police (DSP) Mr. Francis Ackah, Adansi South District Commander, told the Ghana News Agency that, the body of the teacher had been deposited at the New Edubiase government hospital mortuary for autopsy while investigations continued.

The rain also left in its wake the destruction of some school buildings at New Edubiase.

The most affected was the St. John the Baptist basic school, whose junior high school block was completely destroyed during the storm.