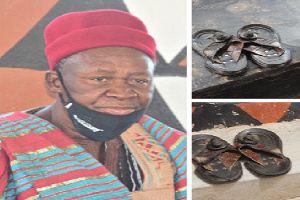 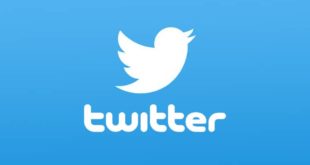 The Paramount Chief of Paga Traditional Area in the Kassena-Nankana West District in the Upper East Region, Pe Awiah Awumpaga II, has demonstrated that he is surely a man who knows how to preserve the things he loves.

He may have lost things in his life – even as a Chief, but for the 50 years he has ruled Paga as Chief, there is a most cherished possession the respected Chief has been able to keep safe, fresh, and in good shape to date from his youthful days.

The kingmakers in Paga enskinned Charles Awumpaga as the Paga-Pio on 20th June 1972, at the age of 18 years. His enskinment came with joy, praises and of course, gifts from family members, friends, and well-wishers. The gifts came from people who shared in his joy and elevation.

A lot of those gifts Pe Awumpaga received may not be with him to this day. Some may have succumbed to wear-and-tear, lost, or even died in the case of gifts which came in the form of livestock.

But one item the Chief was able to maintain in unaltered condition from the early days of his enskinment and still uses, is a pair of Asante-made royal sandals.

The Paga-Pio, speaking to some selected journalists at his Palace as part of engagements geared towards the 50th-anniversary celebration of his enskinment in June, revealed that the sandals were gifted him exactly a week after he was enskinned, by a good friend who had learned of his elevation.

He said he gave him the pair of sandals to add a royal touch to his regalia.

“This pair of sandals were bought for me a week after I was enskinned. They were given to me at this palace by my friend exactly a week after my enskinment and I have kept them nicely since then and still use them. They are Asante made and of good quality,” Paga-Pio said to the amazement of Correspondent Senyalah Castro and all others present.

Pe Awumpaga added in Kasem that, “unbelievably, these sandals are as old as my reign.”

“They have been with me since then to date and as you can see, I am still using them.” Pe Awumpaga said as he adjusted his feet in them.

The Paga-Pio celebrates his golden anniversary in June 2022. The celebration, will among many things, mark his reign and the tremendous development the Paga Traditional Area has witnessed under his leadership.

Under his rule, Paga and its people have enjoyed maximum development in the areas of education, health and peace, and security.

The Paga-Pio said in spite of the efforts by governments over the years to develop the area, there were still some challenges with development Paga was faced with.

He mentioned roads expansion, quality health care services, and education and, the renovation of the ruined and abandoned chalets in Nania-Changono, as some of the challenges the government should tackle.

“The lorry park constructed at the border is the best so far in the country and not in Paga alone. In fact, the government has done well to bring this to our end. Now, when you’re going to Po’ [Burkina Faso], you’re free. The people in Po’ are talking about our lorry park. But it isn’t finished, the government must attend to other developmental challenges in Paga,” he appealed.

Tourism is one of the potentials of the town, capable of fetching the local authority huge revenue. Paga-Pio believes tourism in the area can be harnessed to bring development. To this end, he has appealed to the government, the Ghana Tourism Authority and relevant agencies, to improve the conditions of tourist sites in the area.

He said the two crocodile ponds and the Pikworo Slave Camp if improved could attract more visitors, both foreign and local, to raise income for the development of the district. He expressed unhappiness about the current conditions of the sites and how have been left to waste away.