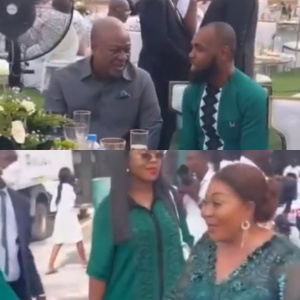 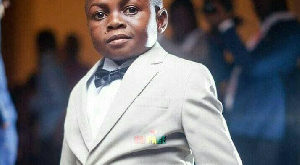 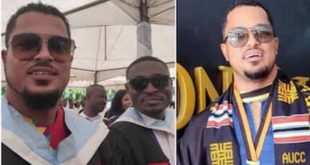 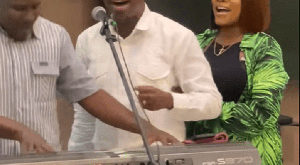 Former President, John Dramani Mahama, has been captured sharing a moment with Rev Obofour during his marriage anniversary ceremony.

In a video that was shared by blogger, GhHyper, on July 29, 2022, the preacher was captured at the event grounds where he was first met by former First Lady, Lordina Mahama who directed some people to escort the preacher to his seat.

Obofour looking amazing in an emerald green kaftan attire was then directed to say ‘hello’ to the former president Mahama.

While paying his respects, Mahama drew the Sweet TV boss in after a handshake to sit with him.

The founder and leader of Anointed Palace Chapel (APC) beamed with smiles as he chatted away with the former president at his wedding anniversary program.

Mahama and his wife climaxed their 30th wedding anniversary with a thanksgiving service held at the Ringway Assemblies Of God Church, where he worships.

According to the publisher of Ovation Magazine, Dele Momodu, the thanksgiving service was also used by the former first couple to renew their marital vows.

The couple also marked their 30th wedding anniversary by donating a 45-bed Maternity and Children’s Ward in the Bole District Hospital through the Lordina Foundation.

A total of 45 beds, 10 infant cots, five weighing scales with height measures, a Kangaroo Mother and Child Care Center, a birth room with two delivery beds, and a recovery ward are all featured in the Maternity Ward. 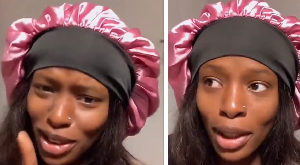 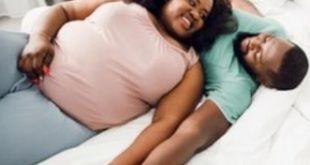